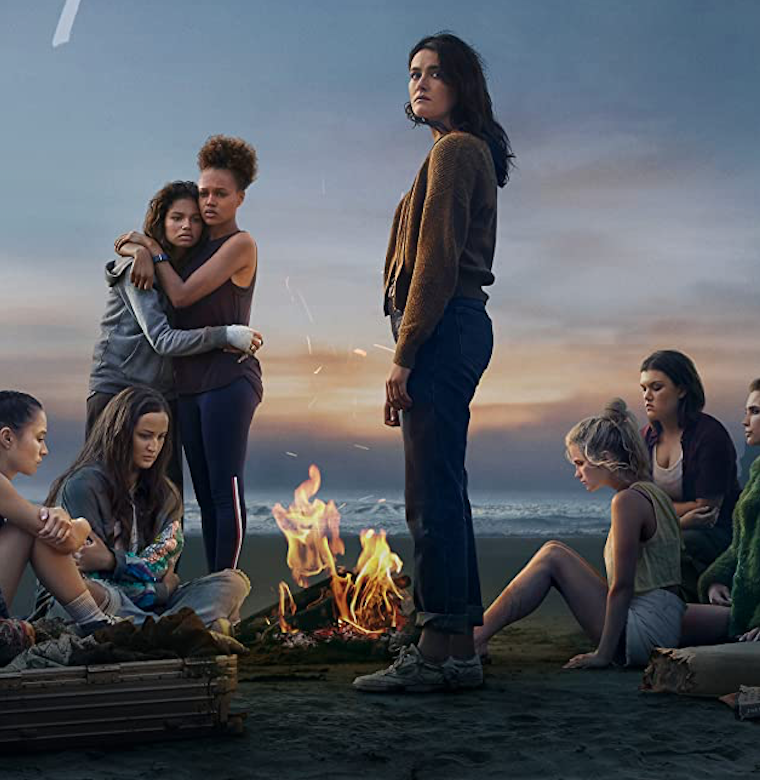 We’ve all thought about it before: What would you do if you were stranded on an island without anyone around to save you? “The Wilds,” a survival drama television series, written by Sarah Streicher, examines this exact scenario. The plot is reminiscent of shows such as “Lost” and “The Society,” yet the characters feel nuanced and relatable, despite some of the stereotypical teenage tropes portrayed.

Released by Amazon Prime Video on Dec. 11, 2020, “The Wilds” has already gained popularity and been renewed for a second season. The show begins with one of the main characters, Leah (Sarah Pidgeon) being interviewed by trauma specialists Dean Young (Troy Winbush) and David Sullivan (Daniel Faber). A group of nine girls, including Leah, are stranded in the ocean near a tropical island, with no knowledge of their location or how long they’d been gone. The girls boarded a plane on route to a women’s empowerment retreat called the Dawn of Eve, but their trip quickly goes awry.

The girls manage to make it to the island intact, and resourceful Texan Dot (Shannon Berry) instructs the group to take stock of their supplies. On the island alongside Dot and Leah are twin sisters from New York, Nora (Helena Howard), a quiet yet clever introvert, and Rachel (Reign Edwards), a type-a competitive diver. There’s hotheaded Toni (Erana James) and empathetic Martha (Jenna Clause), best friends from Minnesota. Shelby (Mia Healey) is a saccharine pageant queen from Texas, who also knows Dot. Popular, outgoing Fatin (Sophia Taylor Ali) is from California, alongside Leah. And then there’s cheerful, P!nk-loving Jeanette (Chi Nguyen), who is badly injured after the crash.

At first, the group rations their food, builds shelter, and prepares for likely rescue. However, as time on the island progresses without any sign of help, some of the girls become suspicious about the circumstances of the plane crash. From the beginning, it becomes clear that there is something more sinister happening behind the scenes; in the first episode, the trauma specialists ask Leah if she ever noticed any signs that she wasn’t alone on the island.

The show flashes from the girls’ time on the island to the present, where they are interviewed by Young and Sullivan. Each episode of “The Wilds” focuses on a different girl, delving into her past and the experiences that led her to the retreat. This style of storytelling helps viewers fully understand the characters’ complexities and provides a strong narrative arc that leads up to the ultimate plot twists.

This style of storytelling helps viewers fully understand the characters’ complexities and provides a strong narrative arc that leads up to the ultimate plot twists. ”

Each character’s experiences feel tangible and heartfelt, which is part of what makes watching “The Wilds” so engrossing. Portraying important yet sensitive topics such as eating disorders, internalized homophobia and LGBTQ+ issues, sexual assault, predatory relationships, and more, “The Wilds” presents typically overused teenage archetypes in a representative way by giving voice to characters whose stories reflect reality.

While watching “The Wilds,” it’s easy to become attached to the characters and find real-life similarities in their mannerisms and personalities. From intense, lonely Leah, who is struggling with heartbreak and paranoia, to Shelby, whose sugary-sweet facade hides many layers of depth and secrecy, viewers can relate to the characters at their most vulnerable.

Without spoiling a crucial storyline, the main enigma of “The Wilds” is a well-written mystery, and as reality unfolds, the truth is much more complicated than it seems. From the captivating set design and cinematography to the evocative acting and gripping plot, “The Wilds” is a worthwhile binge that will leave you on the edge of your seat even after the end.