MoCo Against Brutality works to end SRO program in schools 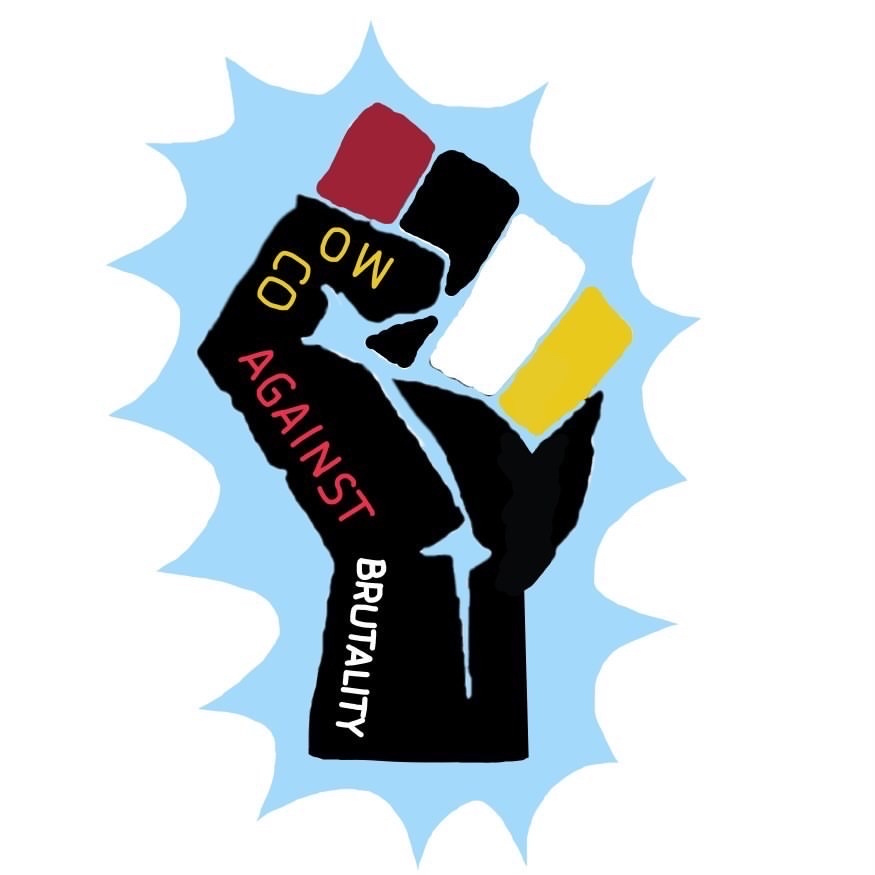 Photo Courtesy of MoCo Against Brutality

This summer while the world was taking on the COVID-19 pandemic, people of color and allies around the globe were also battling another pandemic: police brutality. Violence towards black and brown people at the hands of police is not a new ailment. It is one that has plagued this country since the beginning of policing, and people are tired of it.

Sparked by the unjust murders of Ahmaud Arbury, George Floyd and Breonna Taylor, to name a few, dialogue and action have taken place among students in ways that could have only come about in a situation like this. While it may seem difficult to grasp the effect of police brutality on a smaller scale such as in schools, many student-led organizations have been created to tackle this subject, including one established by RM students: MoCo Against Brutality.

MoCo Against Brutality is a grassroots organization founded by juniors Julia Angel, Daniella Mehlek-Dawveed and Kyson Taylor in response to the recent protests against police brutality. The purpose of the organization is to enact change within the community. “We wanted to do something in our community that’d be actually beneficial other than signing petitions and stuff like that,” Mehlek-Dawveed said.

While Angel, Mehlek-Dawveed and Taylor are the three lead organizers of MoCo Against Brutality, they have amassed a membership of about 20 other students and community members over the months with whom they work. Due to its grassroots nature, the organization allows flexibility to its members, so anyone can join, introduce and lead projects of their own. Typically, members of the organization often go to coalition or strategy meetings, help plan events and research policies.

The organization also works very closely with other activist groups in the community, making a lot of the work they do coalition work. With coalition work, all the different organizations cooperate and come together to tackle a single issue.

Of the organizations they have worked with, one that they have collaborated with more frequently is Young People for Progress (YPP). According to their website, YPP is “an organization of young people, aged under 35, that strives to create political power among youth and young adults in Montgomery County and have them fully represented and participatory in our democracy in order to create a more just and equitable society.” Their core values are social and economic justice, diversity and solidarity.

When people tell us about how we were able to, in our own small, little way, educate someone on something we really care about, those are the moments that are the most meaningful.”

“They’ve really helped us do a lot of the work that we’ve been able to do. They helped us when we were really small and dipping our toes into activism and advocacy in MoCo,” Taylor said. Together, the two organizations have gone to various meetings with the Board of Education and county council members and promoted each other’s events to their respective memberships. Other groups that MoCo Against Brutality has been able to join forces with include MoCo Steps, MoCo 4 Change, Jews United for Justice and both ACLU MoCo and ACLU Maryland.

Currently, the main area of focus for MoCo Against Brutality is the topic of School Resource Officers (SROs). SROs are the armed police officers that are present in many of the middle and high schools in MoCo. A big message MoCo Against Brutality tries to get across is that SROs have been known to disproportionately affect black and brown students, causing them great amounts of trauma.

According to Bethesda Magazine, 738 MCPS students were arrested on school property or because of incidents on school property between the start of the 2016-17 school year and the end of the 2018-19 school year. Of these arrests, about 48% (354) of the arrests were of Black children although only about 21% of students in MCPS identify as Black. MoCo Against Brutality asserts that not only are SROs not effective, as they cause stress to students, but the allowance of armed officers in school buildings is very dangerous and subjects students to potential harm.

One way MoCo Against Brutality educates the community on the effects of SROs is through Zoom “teach-ins,” which are organized events where people can learn about SROs and the cause to remove them from schools. “The point [of the teach-ins] is to debunk common myths that the public knows so far,” Mehlek-Dawveed said.

One of these common myths is that SROs keep school safe when in reality, no MoCo or national studies have shown these trends. Similarly, SRO presence in schools increases student arrests for minor offenses. According to a fact sheet created by MoCo Against Brutality, “In MCPS, 19% of school-based arrests (31 out of 163) were for conflicts between students not involving weapons, which are better addressed through alternative approaches.” The teach-ins offer people both facts like these as well as personal reflections, all while allowing them to ask questions to effectively formulate their own opinions on SROs.

Back in November, Montgomery County Council Members Will Jawando and Hans Riemer introduced a bill to end the SRO program and remove SROs from schools. The council hearing for the bill was Jan. 12, and when introduced in the past, the bill failed by one vote. “We need to change one councilmembers mind. We have the bill, so we just need to change one person’s mind,” Angel said. There have also recently been hearings for appropriations bills introduced in conjunction with the SRO removal bill that will reallocate the funding from the SRO program into community service programs and mental health supports.

While MoCo Against Brutality has had their fair share of struggles over the months, especially with the current public disengagement with the Black Lives Matter movement, they continue to work hard and are very proud of the work they have accomplished so far and still plan to do. As for what makes them most proud, Angel, Mehlek-Dawveed and Taylor all agree. Angel said, “When people tell us about how we were able to, in our own small, little way, educate someone on something we really care about, those are the moments that are the most meaningful.”

For more information on SROs in MCPS schools, visit these two fact sheets.