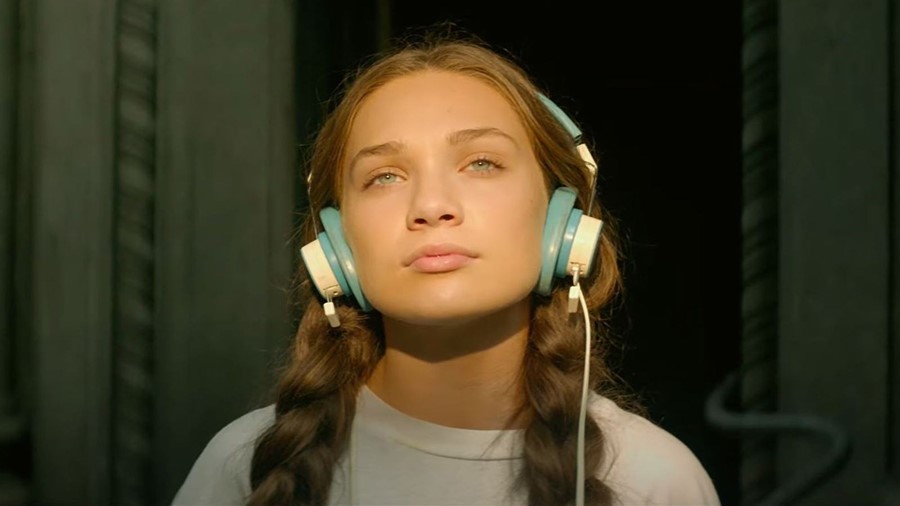 Sia has stirred controversy in her soon-to-be-released film, “Music,” for casting Maddie Ziegler, a non-autistic actress, for the part of the autistic main character.

Sia, an Australian and Grammy-nominated singer/songwriter, is set to make her directing debut in February of 2021 with the musical-drama: “Music.” It centers around a teenager with autism, Music, her older half-sister, Zu, and a friendly neighbor named Ebo. However, the film has already started facing harsh criticism after the release of its first trailer in November.

The problem? Music—an autistic individual—is played by a non-autistic actress, namely Maddie Ziegler. Ziegler, a long time collaborator of Sia, is best known for her dance work in Sia’s “Chandelier” and “Elastic Heart,” as well as her appearance in the hit reality television series, Dance Moms.

Many contenders took their complaints and anger out on Twitter, with Sia hitting back with candid tweets. One user (@TomeLevi) tweeted “It’s a mighty shame that someone with such a colossal platform is using it to exclude disabled and neuro diverse actors from their own narratives,” while another user (@HelenAngel), an autistic actor, tweeted that she among several others “could have acted in it on short notice” and that “These excuses are just that- excuses. The fact of the matter is zero effort was made to include anyone who is actually autistic.” It received some harsh rhetoric from Sia, who tweeted “Maybe you’re just a bad actor” and another tweet with some foul language. Similar and threads further down the rabbit hole of Twitter followed—needless to say, tensions are high.

When questioned further about Sia’s casting decision, she said that she had “tried working with a beautiful young girl non-verbal on the spectrum” but “she found it unpleasant and stressful,” and reiterated elsewhere that she “did try,” adding that “It felt more compassionate to use Maddie.” I found her excuse using compassion quite disagreeable, seeing that she had offended a significant portion of the neurotypical community by neglecting to cast an accurate and representative member of the community, bearing no compassion for them on their end.

Her statement also reveals a possibility for the lack of accommodations, seeing she had only attempted to work with one individual with autism—but with everything, it’s just as possible that there truly were internal conflicts that led to Sia’s executive decision. Nonetheless, it’s still questionable whether Sia had even attempted to work with another non-speaking actor, and it appears as though there isn’t a particular reason why she shouldn’t. When first come across, the only message the tweet seemed to convey was a poor explanation of “giving up.”

There are numerous actors with autism who have successfully landed roles in television production and films, playing autistic characters, and many actors hopped on Twitter to say they would not have minded a last minute casting.”

There are numerous actors with autism who have successfully landed roles in television production and films, playing autistic characters, and many actors hopped on Twitter to say they would not have minded a last minute casting. There was essentially no reason for Sia to not reach out to the one of many potential actors in the industry, if not work even harder to cast a competent actor, if skills were the issue.

Adding more fuel to the fire, Sia also used inflammatory language in some of her tweets. One, for example, stated that she has “never referred to music as disabled” but rather “Special abilities” and that “casting someone at her level of functioning was cruel, not kind,” henceforth the decision that she and her production team would “do our best to lovingly represent the community.” Many in the disabled community find the phrase ‘special’ as a derogatory descriptor, seen as patronizing in such contexts, and Sia’s explicit use and ignorance towards her use of language only solidified and added to her impression as an ableist.

Worse, she had also partnered with Autism Speaks, an organization that claims to believe and assist families and individuals with autism. Although it claims to be a beneficiary non-profit, a quick Google search proves otherwise, and it’s understandable why so many members of the autistic community opposed them. In 2009, the nonprofit released an ad called “I Am Autism” that furthered harmful stigmas and misinformation about autism, representing it as a malevolent condition that causes unhappiness and misery for the parents and the child, amongst other similar advertisements on major networks like Sesame Street.

This quickly hinders the credibility of the research Sia claims to have conducted for this production—a quick search online already reveals a lot about the organization. Though they came on the team after four years of the initial design and filming, it does not illustrate any reason for less concern or fewer questions. If Sia had consulted people with autism, shouldn’t there be anyone who did not share a less favorable view of Autism Speaks?

Nevertheless, it’s possible that the autistic individuals in her film didn’t share such opinions. A recent news article by a Stanford undergraduate, Lucy Kross Wallace, who also identifies as autistic shared a deeply contrasting opinion. In her article, Wallace stated that Sia does not speak on the behalf of the autistic community, but neither does the neurodiversity movement who “espouse controversial positions based on identity politics” that does not reflect the disabled community as well. Adding onto that statement, Wallace states that she sees an increasing number of “self-proclaimed #ActuallyAutistic advocates show an alarming willingness to shame and bully anyone who objects to these tenets”, anyone referring to Sia.

It’s also important to note that Sia did cast other actors and members from the neuroatypical community for her film—in fact, she casted 13. Sia also casted three individuals who identified as transgender for her film as well. It appears as though she was trying to achieve authenticity and diversity in her film—some credible notions. However, Sia failed to do so for the largest and most prominent role. Having Ziegler play the main character, an autistic individual at that, unfortunately dabbles into the dark realms of misrepresentation.

By having a non-autistic person “act” disabled, it mirrors a poor sense of dress-up for the spectators, as Sia uses autism as a costume for the sake of entertainment and a source of profit. The problems arising from this situation closely align with those that follow movies labeled as “white-washed” or misrepresentative. There is no question that viewers would be just as outraged if a black character were to be played by a white actor—no matter how many black people act in the background. Most importantly, the true highlights of the film—the neuroatypical community—are dampened under this casting. They simply become what society often pushes them to become: a background little people acknowledge and are willing to shed light on. For Sia’s younger audience, especially those in the neuroatypical community, what will they see when they see Ziegler on screen? Will they see themselves?

Sia’s upcoming production “Music” was well intentioned, but inevitably, an off-putting film that can’t help but express undertones of ableism. Blatantly speaking, her casting decision only reinforces such an impression, and it is deeply disappointing to see such an astounding musician fail to push the boundaries of inclusion and diversity, especially after crafting the film herself.

One Response to “Sia’s controversial film about autism misses authenticity”