‘Happiest Season’ Review: the romanticization of coming out 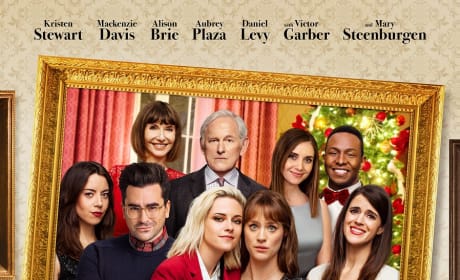 Hulu’s “Happiest Season” fuels debate over whether the portrayal of sexuality and coming out was realistic to real-world struggle.

On Nov. 25, 2020, right before Thanksgiving, Hulu released the romantic comedy film Happiest Season, directed by Clea DuVall. The story received generally positive reviews for how it features a queer story. However, it did not come without controversy, especially over whether the portrayal of sexuality and coming out was accurate and realistic to real-world struggle.

For one, its positive portrayal of a lesbian relationship is refreshingly new. For most of the recent past, queer characters have been pushed to the side as minor ones or used to tell a story of pain and sadness. Happiest Season takes that tendency and reverses it; instead of a story that gives brief happiness and then becomes darker, it follows the regular romantic comedy format in which they struggle but ultimately are content. It normalizes queer stories and portrays LGBTQ+ relationships in a positive light.

However, despite the eventual happy ending, the film does not fully portray a healthy and happy relationship. Abby Holland and Harper Caldwell, the main characters of the story, are shown to have a lack of communication that negatively affects their relationship. The central conflict comes from the fact that Harper has not come out to her family yet, but how she lies to Abby about it and forces her to lie as well shows the toxicity of their relationship. Despite having a simple resolution, the film falls into the same category of presenting lesbian relationships as always painful and difficult; while the matter of coming out can interfere in a relationship, good ones should be able to withstand and unite through the struggles of coming out. The film attempts to portray a happy, healthy couple in the end but leaves the implication that the conflict and lack of communication in queer relationships are normal and the standard—and in the end isn’t a problem.

The film successfully manages not to make a question of sexuality the center of the story; instead, the characters are confident and unashamed of their sexualities. This is a positive portrayal of identifying as queer and is a rarely-seen one. Instead, the story focuses on the conflict between Harper and her family, as Harper is unwilling and fears coming out to her family.

However, this focus on coming out is not necessarily positive. This focus on coming out to the family forces the spotlight to still be on their sexuality, rather than their romance itself. As a queer romantic comedy, it uses the queer element as the story. Instead of normalizing queer romance and focusing on their romance, it focuses on their sexuality and the struggles of queer people, becoming just one more sad story.

This focus on coming out to the family forces the spotlight to still be on their sexuality, rather than their romance itself.”

Many viewers of the film were particularly critical of the resolution, and for good reason. While this movie is meant to portray the difficulty and pain of coming out, it does so inaccurately and insensitively. Harper’s family is built up to be unaccepting, particularly with the amount of fear it causes her and with the way her sister holds it over her head. The picturesque way in which her family suddenly accepts and supports her is idealistic but uncharacteristic and unrealistic. It does not finish its job of portraying the pain that accompanies coming out and understanding one’s sexuality; instead, it takes an easy resolution and glosses over the less than ideal reality of coming out. It is inconsistent with the prior buildup, as it gives the false sense that being anxious over coming out is often based on untrue fears.

Additionally, there is controversy over how Harper coming out affects her relationship with Abby, particularly when forcing Abby to hide her identity. Abby eventually forgives Harper, though some believe it is undeserved. While Harper is forcing herself to hide, making Abby do so as well is cruel. Being forced to hide is difficult, but so is being forced to come out. As such, viewers sympathized with both Abby and Harper’s sides of the story, but some believe their resolution of these problems was far too simple and straightforward for such a complex issue. The ending seems forced for the sake of a romantic holiday story.

All in all, Happiest Season brings a new story to the cinema industry. It tells a story that is able to have a happy ending and shows that queer romances aren’t always tragic. It represents the struggle of coming out and the struggle of having to stay hidden. However, it also forces together an unhealthy relationship, in a situation in which both characters likely needed time for their own self-improvement. It pulls together a resolution that is unrealistically optimistic and cheerful and doesn’t do justice to the earlier stress portrayed over coming out. The ending may be happy, but it feels forced and unnatural and romanticizes the process of coming out.