RM reacts to Wednesday’s storming of the Capitol 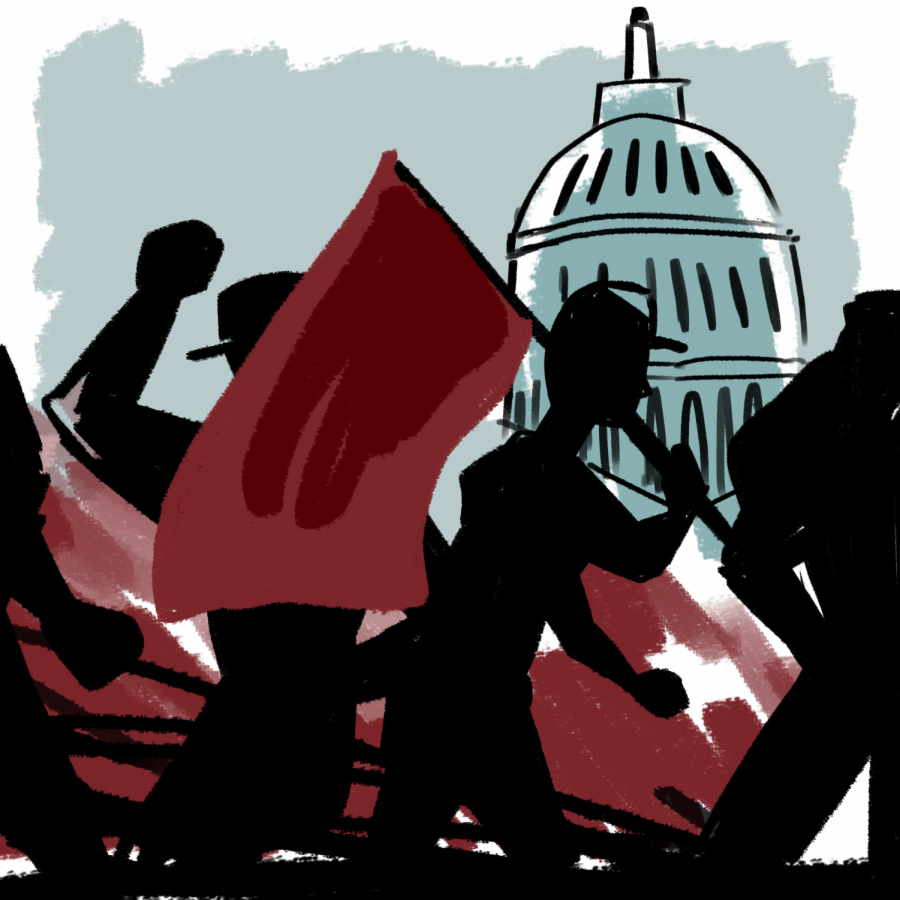 Thousands of rioters stormed Capitol Hill in Washington, D.C. on Wednesday, Jan. 6, to dispute the 2020 election results. After overwhelming the Capitol security force, the rioters forcefully entered the Senate Chamber and the offices of many government officials. Government officials in the building went into lockdown for safety reasons.

That evening, principal Damon Monteleone sent a message to the students of RM that explained the events of the day and shared hopeful sentiments. Monteleone urged students to be open-minded and to practice tolerance, kindness, and acceptance, and for teachers to provide time during class to discuss the day’s events.

“I have long asserted that our students were an example of not only what America would someday look like, but what America should strive to become,” Monteleone wrote. “I trust you see that what occurred today was easily predictable. This moment was fostered by hate, lies, and intolerance.”

A video of the Parlimentarian’s ransacked office widely circulated on Twitter late Wednesday evening, just one example of the destruction that ensued. Senior Cam Clifford is cousins with the Parliamentarian of the Senate, Elizabeth MacDonough.

“Her office was completely destroyed when they were taken to an undisclosed location in the Capitol for safety. They came back and everything was stolen, destroyed … and vandalized; windows were broken,” Clifford said.

Clifford and her family were angry when news of the riot first broke. The family was also scared for Elizabeth’s safety, due to the lack of information about her whereabouts and the lockdown.

“I don’t understand how those people were able to get in– not only get in but how they were able to go to the most lockdowned places in the Senate … and chill out in there … and take pictures,” Clifford said. “It’s beyond me. It’s so beyond me.”

As requested by Monteleone, the majority of RM teachers began their classes on Thursday by providing space for students to share their feelings about Wednesday’s events at Capitol Hill. Many students appreciated having time to process the events and discuss them with their classmates.

Some teachers, including psychology teacher Carlos Montalvan, reorganized their class plans to connect topics from their subject to the riot. Montalvan talked about the basics of political psychology — psychological phenomenons some rioters may have experienced and the motivating psychological factors of the rioters.

U.S. history teacher Lisa MacFarlane compared Wednesday’s storming of the Capitol to previous events that happened in American history, such as when the Capitol Hill was lit on fire in 1814.

Other teachers, including photography teacher Kimberly Gould, dedicated the entirety of their class period to engaging in a community conversation with students.

“What happened at the Capitol on Wednesday was incredibly terrifying. It was a blatant sign of disrespect to our democracy and how it works,” freshman Srijani Chakraborty said.