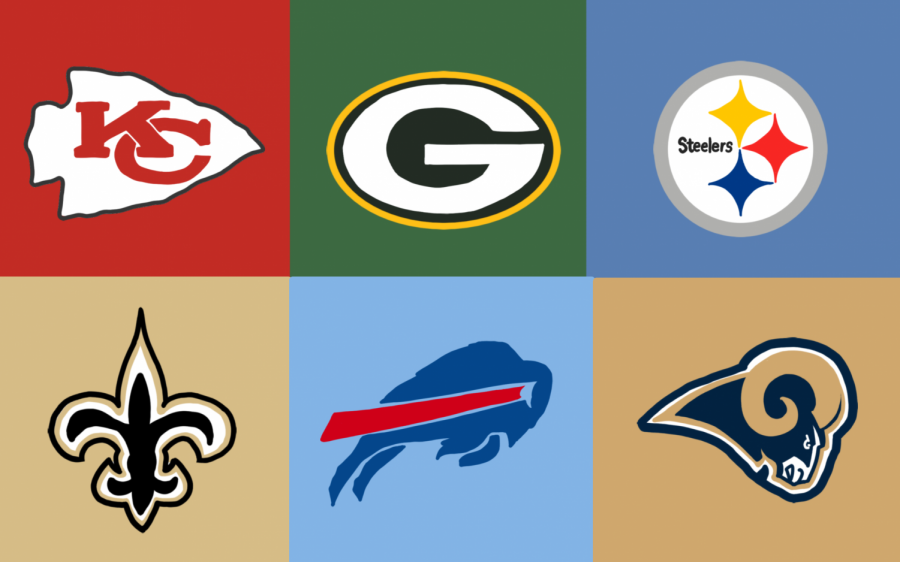 With all 17 weeks of the regular season behind us, the stage is set for the 2021 NFL playoffs. The newly implemented playoffs format saw 14 teams make the cut as opposed to the usual 12, with only one team being granted a first round bye in each conference. This wild card weekend will bring six games instead of four, with three on Saturday and three on Sunday. Let’s take a look at the matchups in what is poised to be one of the most exciting playoffs in recent memory.

The Bills Mafia will certainly be satisfied with this season, as the team tied for their best finish in team history and won the AFC East for the first time since 1995. Led by Pro Bowl QB Josh Allen and the addition of All-Pro wideout Stefon Diggs, the Bills offense is a force to be reckoned with. The team is coming off a 56 point drubbing against Miami in Week 17, knocking the Dolphins out of the playoffs. Combined with their top five defense and home field advantage, the Bills are the rightful favorites in this matchup against the Colts.

Don’t count the Colts out, however. After a crucial win against Jacksonville and ironically getting the help they needed from Buffalo to steal the last spot from the Dolphins in Week 17, veteran QB Phillip Rivers will be making one last playoff push.

However upon closer inspection of their regular season, they only have a 2-4 record against teams with winning records, and the team’s offensive weapons are average at best. The team’s top ten defense has been lackluster as of late, allowing 308 passing yards a game and a QB rating of over 103 during the final six weeks of the regular season. The Colts have shown flashes of being able to compete with the top teams in the league, but knocking off the Bills will be no easy feat.

Right off the bat, Seattle gets the nod as the favorites to win this game due to Rams quarterback Jared Goff potentially being sidelined due to a thumb injury. Although backup John Wolford played well in his place to send the Rams to the playoffs, it’s never a good situation to be playing in a playoff game with a backup making only his second start ever.

Even with Goff, the Rams have been inconsistent all season, capitalized by an embarrassing loss against the New York Jets that gave Seattle the division lead. Despite major question marks on offense, the Rams boast the top ranked defense in the NFL. They will have to rely heavily on cornerback Jalen Ramsey and the defensive tackle Aaron Donald to keep the Seahawks at bay.

Despite having an all time stretch in the first half of the season in which he passed for 28 touchdowns, Seahawks QB Russell Wilson was brought back to Earth the rest of the way. He passed for only 10 touchdowns and posted a passer rating over 100 just once in the last five weeks.

On the other hand, Seattle’s defense showed significant improvement heading into the playoffs after an all-time worst stretch to begin the season. After being dominated by the Rams defense in their first matchup, the Seahawks got it done the second time around, and should have no problems against a Goff-less Rams team. Expect a defense-heavy slugfest, with or without Goff.

The Tom Brady effect lives on in Tampa Bay. For the first time since 2007, the Buccaneers are headed to the playoffs and for the first time since 2008, and Brady’s former team, the New England Patriots, will have to watch the playoffs from home. Coming into the Wild Card weekend, this star studded offense finished the season on a high note, averaging 37 points per game in the last four weeks . Featuring arguably the best receiving corps in the league as well as a deep backfield with familiar names like Ronald Jones and Leonard Fournette, the Buccaneers feature a potent attack on offense.

Despite finishing with an enigmatic 7-9 record in the underwhelming NFC East, Washington has shown the occasional look of being a playoff team, with the team boasting a 5-1 record with veteran QB Alex Smith under center. Washington’s claim to fame is their defense: In their last seven games, Washington has held their opponents to 20 points or less, showing the formidability of this unit. Rookie defensive end Chase Young is a bonafide star in the making and the unit ranks second in the entire league. Don’t write off the team with no name just yet.

The most exciting matchup of the weekend features a rematch of the 2019 AFC Divisional round, where an overconfident Ravens team was obliterated by the Tennessee Titans behind the masterful running of running back Derrick Henry. MVP Lamar Jackson was stifled by the Titans defense and Ryan Tannehill proved that he was the right quarterback for Tennessee. This time around, the Titans have the home-field advantage and Henry looks as dominant as ever. He joined the exclusive 2,000 yard club this season, becoming the eighth running back to rush for over that mark in league history.

The Ravens boast an impressive sixth-ranked secondary, led by cornerbacks Marlon Humphrey and Marcus Peters. While they rank top-10 in stopping the run as well, Henry has had the Ravens’ number over the last year, including an impressive 133 yard performance in Week 11 of 2020. Having Calais Campbell and Brandon Williams back in the mix will aid Baltimore against Henry.

Stopping the run game will be key for each team. The Ravens and Titans have the first and second ranked run games in the league. The Ravens’ offense is built entirely around their run game, spearheaded by Jackson and rookie RB JK Dobbins, while ranking last in passing-offense.

All eyes will be on Lamar Jackson this game. With no playoff wins to his name thus far, Jackson must prove that he can get it done when the Ravens need him the most. Tennessee’s middling defense and non-existent pass rush gives him the perfect opportunity to dispel his playoff demons.  They focus for Baltimore, however, is to contain Henry. If Baltimore lets the Titans establish the run early on and jump out to an early lead like in 2019, then the Ravens could be looking at a quick exit once again.

In what could be Drew Brees’ last season in the NFL, he has done his part and managed to lift the team to the second seed in this year’s playoffs. Even without the help of All-Pro wide receiver Michael Thomas, New Orleans has kept steady this year, and held its ground against each of its losses to the first seeds in 2020 (Packers and Chiefs). The offense runs through star running back Alvin Kamara, who ran for 155 yards and six touchdowns in his last game. He’ll be entering the game with fresh legs, as he sat out the final week of the season due to COVID-19 restrictions. In addition, New Orleans boasts the most complete defense in the NFL, ranking top five in both rushing and passing.

The Chicago Bears enter the playoffs with an underwhelming 8-8 record. Despite their mediocrity, they managed to take the Saints to overtime in their regular season matchup, with the Saints winning with a walk-off field goal. The Bears defense will have to put serious pressure on Brees and manage to return to their elite pass defense from earlier in the season. Since Week 10, they have allowed quarterbacks to complete nearly 70 percent of their passes and pass for a passer rating of 110. Chicago’s offense has shown signs of life as of late as well, as the coaches are finally coaching behind QB Mitchell Trubisky’s strengths.

Barring a humiliating defeat to the top-seeded Packers, the Bears offense has managed 25 or more points in their last six weeks. The Bears have weapons on offense, as RB David Montgomery finished top five in rushing yards this season and WR Allen Robinson has been one of the best targets in the league. Chicago will have to play the game of their season to have any shot at beating a formidable Saints squad.

Despite playing in arguably the toughest division in the NFL, the Cleveland Browns have found a way through to the playoffs for the first time since 2002. Since being drafted first overall in 2018, many were beginning to write quarterback Baker Mayfield off as the latest addition to the long list of failed Cleveland QBs. Despite the critics, he has played a key role in changing the Browns’ losing ways.

Despite a solid 11-5 record, the team has had its inconsistencies throughout the season. While they have managed a season high of 49 points in a game, there have been six games in which the team has scored 20 points or less, including four where they failed to score more than ten. Nevertheless, the two-headed monster of RBs Nick Chubb and Kareem Hunt will be tough for any team to slow down.

Since going undefeated through the first 11 weeks of the season, Pittsburgh holds a record of just 1-4 in their last five matchups, with two of those losses coming to teams with losing records (Cincinnati and Washington). Pittsburgh’s recipe for success will be to contain the tandem of Chubb and Hunt, as well as utilizing TJ Watt to his fullest potential. The Steelers need to force as much pressure as possible to disrupt Mayfield, who is one of the best QBs when there’s limited pressure.

Not much can be inferred from Cleveland’s win over Pittsburgh just a week prior, as the Steelers rested their key starters. Despite this, Cleveland still managed to let up 300 passing yards to Steelers backup Mason Rudolph. While Pittsburgh has one of the most unimaginative offenses out of all playoff teams, the Browns secondary has been just as bad. The Browns make up for it with a solid defensive front, led by defensive ends Myles Garrett and Olivier Vernon. Expect a competitive affair this time around and don’t be surprised if the Browns pull off one for the ages.