‘If Anything Happens I Love You”: a Netflix short film that’ll leave you heartbroken 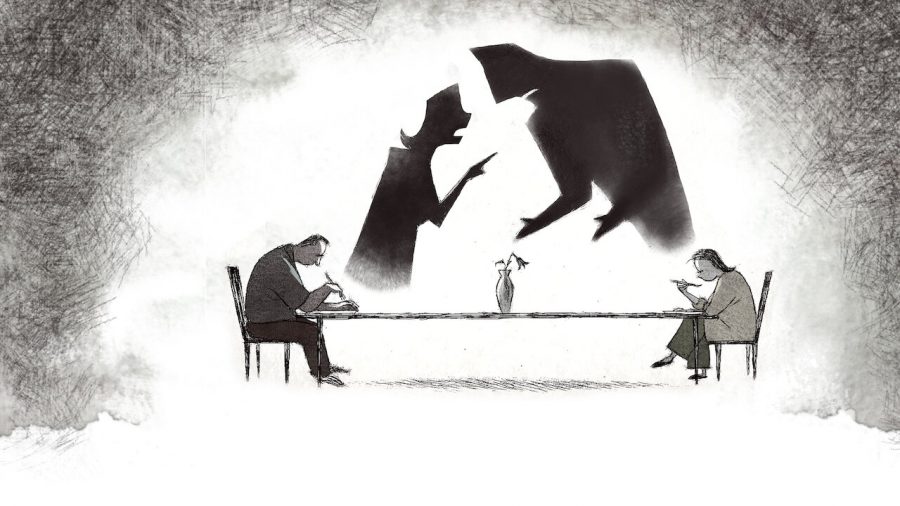 Netflix’s “If Anything Happens I Love You” follows the emotional story of grieving parents after a school shooting.

The twelve-minute short film “If Anything Happens I Love You” was released on Netflix, Nov. 20. This short film follows two parents grieving over the loss of their daughter as she was tragically killed in a school shooting. This story is not only incredibly emotional but immensely impactful as it shows the deep sorrows of school shootings and shines a light on the overall issue.

The film opens up with the parents eating at the dinner table far apart, symbolizing their relationship’s emotional void. They are eating spaghetti with meatballs, which most likely was their daughter’s favorite food. Then, their shadows appear above them, bickering with one another, showing once again how emotionally detached the parents are as they try to face this tragedy.

The story continues with the parents finding things that remind them of their daughter. The mother finds a blue shirt she used to wear, and the father sees the hole in their house where she had kicked a soccer ball through. The film is mostly black and white, but I noticed how the moments in color, like the blue shirt, are not because of the specific impact the creator wants to create. The blue shirt is a memory that touches with the mom greatly, so it is in color.

The parents continue reminiscing, and their shadows follow them, accompanied by their daughter’s shadow as well. The memories expand into palpable, nostalgic moments like a birthday party and a road trip. If it was not all quite beautiful and emotional already, the most heartbreaking part arrives as the parents watch their daughter go to school, not knowing this will be the very last time they see her. Their shadows start chasing after her, desperately trying to stop her from going in. Then, in the school, we see the USA flag in color before gunshots and screams go off in the background, signifying how this problem sadly exists in America. The daughter sends her parents a last text before passing away, and it reads, “If anything happens I love you.”

We see the parent’s shadows left evidently destroyed, far apart from one another once again, but now standing on this huge triangular rock. The daughter’s shadow is frantically trying to pull them together but fails. She then grows and becomes a giant shadow that can break the rock her parents’ stand on to bring them together. She then becomes the moon in the yellow sky, which could represent hope, and looks gleefully at her parents who are now no longer shadows. The story ends with the parents falling into one another’s arms, sobbing as they finally unite to face this tragedy together. Their shadows above them do the same, and in the middle of their embrace, they create a space for their daughter’s yellow shadow.

The short-film “If Anything Happens I Love You” does more than just pull at the heartstrings. This story shines a light on a real, ongoing societal issue many might not take very seriously. School shootings are real and scary and kill many kids and teachers when they are supposed to be in a safe place. This film illustrates this message beautifully by putting the viewer in the eyes of grieving parents who can never have their daughter back. I recommend everyone to watch this emotional film as it is so vital in raising awareness for the terrible reality that is school shootings.