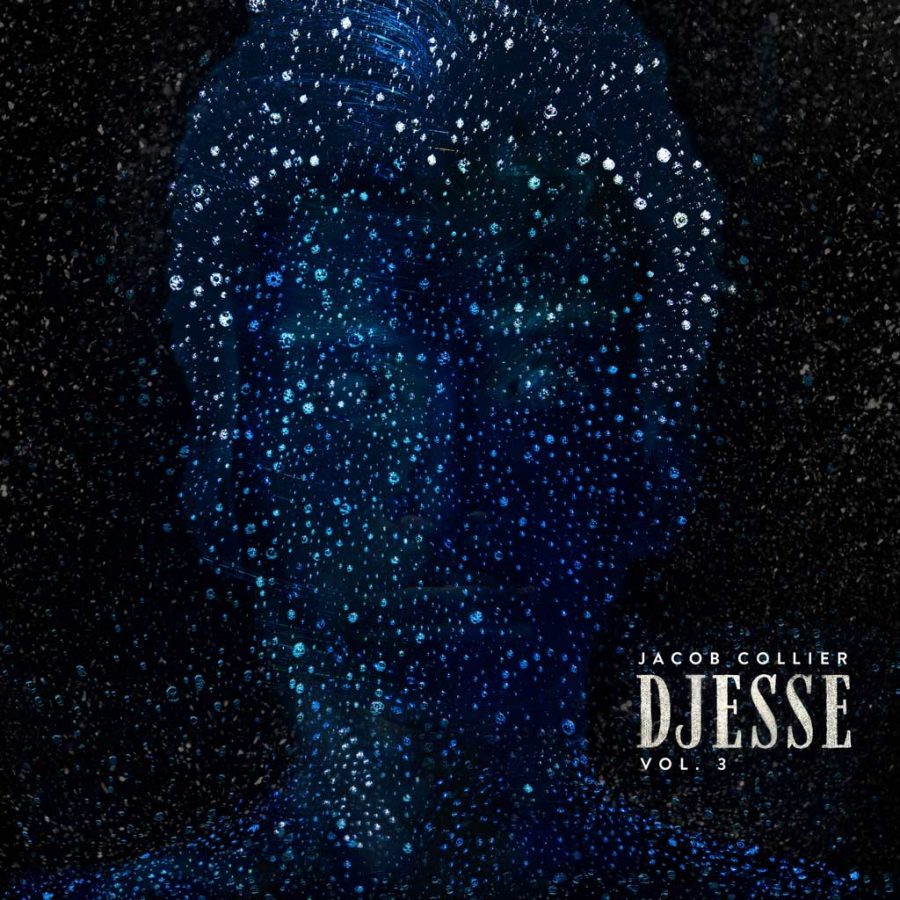 He was compared to Bernstein by BBC Proms director David Pickard, likened to Mozart and Prince by Coldplay’s Chris Martin, and named “jazz’s new messiah” by the Guardian. However, the four-time Grammy Award-winning composer, producer and multi-instrumentalist Jacob Collier didn’t become a household name until he was unexpectedly nominated for a 2021 Grammy Award for album of the year with part three of his ambitious Djesse “quadruple album” series: Djesse Vol. 3.

Released on Aug. 14, 2020, Collier’s album defies traditional genres from his previous volumes, taking a contemporary soundscape inspired by a newfound love for dubstep and speed rapping. “What I was determined to do about two and a half years ago when I set out on this voyage was to, in some way, describe all of the music that I had been listening to for my whole life,” Collier said to NPR’s Scott Simon. “The way in which I conceived of the whole thing was not particularly based on genre, but based on space.”

Surely enough, the British musician succeeded in collapsing the boundaries between classical, jazz, folk, rock and electronic music, exploring a new set of moods and intentions in each Djesse volume. While Vol. 1, featuring Metropole Orkest and Jules Buckley, wielded the energy of orchestras and choirs to capture an expansive acoustic space, Vol. 2 turned inward—focusing on elements of African folk music to emulate a smaller acoustic space.

“And Djesse Vol. 3, this particular volume,” Collier said, “explores much more the idea of almost negative space. It’s like all of the whole scenario has collapsed and you’re in the middle of the night and you’re exploring all of the kind of deep funk within all of the strange weirdness of what it means to stay up late at night and create stuff.” Traversing the peculiar electronic world of groove, hip hope, dance and soul, the album flaunts not only Collier’s impeccable production skills, but also a newly-reached degree of emotional maturity.

The dizzying overture of the album, “CLARITY,” prepares listeners for a different set of sounds from Collier, going to new places with metallic glitches and a speed-rapping debut. The intro zooms in and out across countless vignettes that constellate a vividly nocturnal theme, predicting all the musical destinations the album will soon visit. Collier uses this track to advise listeners to securely fasten their seatbelt in preparation for the whirlwind of a ride he will take them inside Djesse Vol. 3.

Traversing the peculiar electronic world of groove, hip hope, dance and soul, the album flaunts not only Collier’s impeccable production skills, but also a newly-reached degree of emotional maturity. ”

The ride rockets off with “Count The People,” diving head-first into a world of dance-pop. Featuring Jesse Reyez and T-Pain, references to detuned orchestral excerpts from “Overture” on Djesse Vol. 1 play out in the background with a heavy synth bass line as Collier launches into a frantic rap—recorded with the help of Logic’s Varispeed tool. As the melody gets ensnared by feverish raps, slashing guitars and a neurotic banjo, the track becomes almost too much to bear, but too intoxicating to pause at the same time.

Up next comes the standout track of the album, “In My Bones,” which features New Zealand singer Kimbra on guest vocals and MonoNeon on bass guitar. With an ‘80s Prince-inspired funk and Michael Jackson-like vocal stylings in the chorus, the song gives listeners another musical element to appreciate each time it is played. The joy of making music together radiates from every note, exhibited best by the very first verse by Collier and his guests: “In my bones / I got that funky feeling / I don’t want to feel it on my own / What-a-do.”

The neo-soul lead single “Time Alone With You” shares a brief moment of calm to the cacophony of its predecessors. Featuring Daniel Caesar on vocals and James Copus on trumpet and flugelhorn, the track presents an immaculate balance between Caesar’s talk-sung groove anchoring the base, Copus’ mindful playing sitting behind the beat, and Collier’s extensive show of stacked and acrobatic harmonies building up to the climax.

Next, “All I Need” produces a feeling of euphoria in one of the most crowning moments of the album. In a YouTube Logic session breakdown, Collier revealed how the track took him around six months to perfect, employing a total of 646 tracks in Logic full of painstakingly sculpted pearls of production elements—one of which includes turning the last chorus up half a semitone, from E-flat to E-flat-half-sharp, to ignite a sense of jubilance in the listeners “even if [they] don’t realize it.” Ty Dolla $ign and Mahalia even cut in for guest appearances during halftime, quenching EDM flares into soulful tunes.

The trap production of “In Too Deep” is a palette cleanser of sorts, constructed elegantly with newfound emotional maturity. Complex harmonics and soft 808s pad the mantric ballad, showcasing a stunning vocal performance by Kiana Ledé who promises listeners that their duet will never entirely shut its eyes—even when murmuring “You’re fast asleep / I’m counting sheep / I’m in too deep / You’re mine to keep.”

The warped glitches in “Butterflies” might seem irksome, but are essential in escalating a tension that provokes the tracks in the rest of the song sequence. As a short, experimental electronic jaunt, there appears to be no point in this track, but as Collier sings, “there is no reason for you to be alive / so don’t take things so seriously.”

Opening with jolting staccato notes, “Sleeping on My Dreams” discusses the fallout of a romantic relationship in a contrastingly pleasant mood. A combination of guitar slides and collective oohs bursts beneath the verses, showing off a cartoonish interplay between the yawning lyrics.

The Tori Kelly feature in “Running Out Of Love” is a commanding vocal performance, returning to an embellished style of precise runs and a bass lagging behind the beat. As he sings “I need you more than ever,” Collier shows how their collaboration is best heard from start to finish uninterrupted.

A chorale of Collier’s stacked gospel vocals melt in a kind of simplicity that proves how he doesn’t need to overproduce his music to deliver his listeners stunning tracks.”

In Collier’s packed line-up, “Light It Up On Me” resembles another disorienting arrangement of contorted instrumental samples with limited vocal lines. However, “He Won’t Hold You” sweeps away the disquietude with a nostalgic arrangement of wistful piano and calming water droplets. A chorale of Collier’s stacked gospel vocals melt in a kind of simplicity that proves how he doesn’t need to overproduce his music to deliver his listeners stunning tracks.

It isn’t until the epilogue of the album, “To Sleep,” that Vol. 3 finally begins to mirror its two Djesse predecessors. Opening in the same key as where the previous track left off at, the album steadily drifts into a deep slumber with finger-picked guitar work and a downwards-moving pitch.

While Vol. 1 and Vol. 2 of the Djesse series assembled a warm blanket that seamlessly fused classical, jazz, folk, and gospel music together, Vol. 3 is laser-focused on providing a wildly eclectic collection of other voices and genres—including pop, electronica and R&B. Djesse Vol. 3 is a lot, and Collier does not mitigate this fact. Through his sonorous baritone and meticulous arrangements, Collier is a universe unto himself, offering listeners the opportunity to make repeated listens and be rewarded with new Easter eggs. This album’s euphonic fever dream is so dynamic and avant-garde that who knows what Collier will unpack for us in the fourth and final installment of his musical series.