Intrigue and outrage: A look at season four of ‘The Crown’ 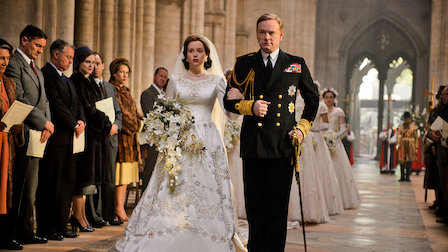 The fourth season of ‘The Crown,’ released Nov. 15 on Netflix, reignites intrigue and outrage over the lives of the royal family.

On Nov. 15, Netflix released the fourth season of “The Crown,” a historical drama series that premiered in 2016. Created by Peter Morgan, the show details the life and legacy of the British monarchy, starting with the wedding of Queen Elizabeth II in 1947 and continuing through the early 21st century.

Over the years, “The Crown” has won numerous awards and widespread recognition, including 39 Emmy nominations and 10 wins. The newest season follows the royal family from 1977 through 1990, with the addition of two vital new characters: Emma Corrin as the young Princess Diana, and Gillian Anderson as Margaret Thatcher, the former Prime Minister of the United Kingdom.

The show’s latest season has received widespread recognition—and criticism—largely for its portrayal of Princess Diana’s tumultuous relationship with Prince Charles (Josh O’Connor). Many viewers were discouraged by the show’s characterization of Charles, a brooding, unpleasant man-child who is verbally abusive to his wife. Some argue that the Prince was portrayed unfairly in comparison to Diana’s naive, innocent demeanor.

“I think it’s really important to be truthful and respect Diana’s legacy […] there’s a Netflix documentary, [‘Diana: In Her Own Words’] which I watched too, and it was pretty accurate to ‘The Crown,’ but it’s also kind of unfair to not hear the other side of the story,” RM senior Mirula Prasad said.

The show has also gained attention for its depiction of Princess Diana’s struggle with bulimia. Certain episodes contain trigger warnings at the beginning, informing viewers of potentially harmful depictions of bulimia and providing a link to a website with more information on eating disorders. There are many scenes peppered throughout the season that graphically depict Diana engaging in bulimic behaviors, leading many viewers to question whether the show glorifies the eating disorder. However, some feel that the scenes, while tough to watch, are important to understand the struggles Diana went through.

“I really liked that they had the disclaimer in the beginning of each episode which depicted that, I think it’s an important thing to include in media,” Prasad said. “I can’t speak on behalf of people with eating disorders, but I didn’t see it as glorifying [bulimia].”

Recently, British culture secretary Oliver Dowden called for “The Crown” to be labeled as a work of fiction. Dowden also said that the show should contain an additional “health warning” before each episode. On Monday, Netflix announced that they would not include an additional disclaimer, stating that they believe viewers understand the show is “a work of fiction that’s broadly based on historical events.”

Conversely, Prasad said that she agrees with the suggestion to include an additional disclaimer. “I think people need to understand that ‘The Crown’ is just not an accurate representation of the British royal family […] obviously, you can’t know exactly what their private conversations were, no one was there for that,” she added.

“The Crown” is crafted alongside a team of historical researchers, yet aspects of the show such as private correspondence between family members are up for interpretation. One example of this is Lord Mountbatten (Charles Dance)’s letter to Prince Charles at the start of the fourth season. Mountbatten tells Charles to stop his affair with Camilla Parker-Bowles (Emerald Fennell), urging him to marry someone new and start a family. Morgan has stated that the actual letter was not real, but the addition provides more insight into Charles’ relationship with Mountbatten and helps advance his and Diana’s marriage.

Many of Morgan’s other authorial choices have received backlash. Members of the royal family have voiced discontent over the show’s portrayal of Queen Elizabeth’s developmentally disabled cousins, Katherine and Nerissa Bowes-Lyon, who were secretly committed to a mental hospital in 1941 and falsely proclaimed dead. In the episode “The Hereditary Principle,” the Queen Mother (Marion Bailey) tells Princess Margaret that this was done in order to maintain the family’s image of genetic purity—if anyone were to find out about Katherine and Nerissa’s “imbecility,” the monarchy would be tainted—to which Margaret is appalled. While it is unknown if a similar conversation between the Queen Mother and Princess Margaret actually happened, there is no record of any members of the royal family visiting Katherine and Nerissa after the 1960s.

The intricate set design and attention to detail paid to all of the characters’ costumes, which reflect not only historical accuracy but also the unique personas of each individual, are simply incredible to watch.”

With just ten episodes in the season, Morgan could only highlight so many events and faces. Choosing to capitalize primarily on Charles and Diana’s relationship, as well as the tense dynamic between Queen Elizabeth and Margaret Thatcher, the latest season of “The Crown” has reignited both intrigue and outrage over the lives of the royal family. A notable reason for the controversy over this particular season lies within the sensational, ultra-realistic quality of the series itself.

“The Crown” is a stunning piece of cinematography in many ways. The intricate set design and attention to detail paid to all of the characters’ costumes, which reflect not only historical accuracy but also the unique personas of each individual, are simply incredible to watch. In addition, the phenomenal casting and acting of many characters makes the show even more compelling. Anderson nails the quirks of Thatcher, such as her intense demeanor and dramatic movements, and Corrin’s portrayal of Princess Diana is almost uncanny, down to her physical mannerisms and tone of voice.

While watching the lives of the royal family on a gilded, polished screen, it is easy to forget that “The Crown” is just a fictional series. Its depictions of historical figures and events seem like easily believable truths, and some of them might be. This reminds viewers of the indelible effect of art; even—and especially—when a show focuses on true events and real, living people, the lines between fact and fiction can be easily blurred. Whether or not you agree with its creative choices, “The Crown” is a noteworthy example of outstanding acting and well worth the watch, but viewers should do their own research, too.