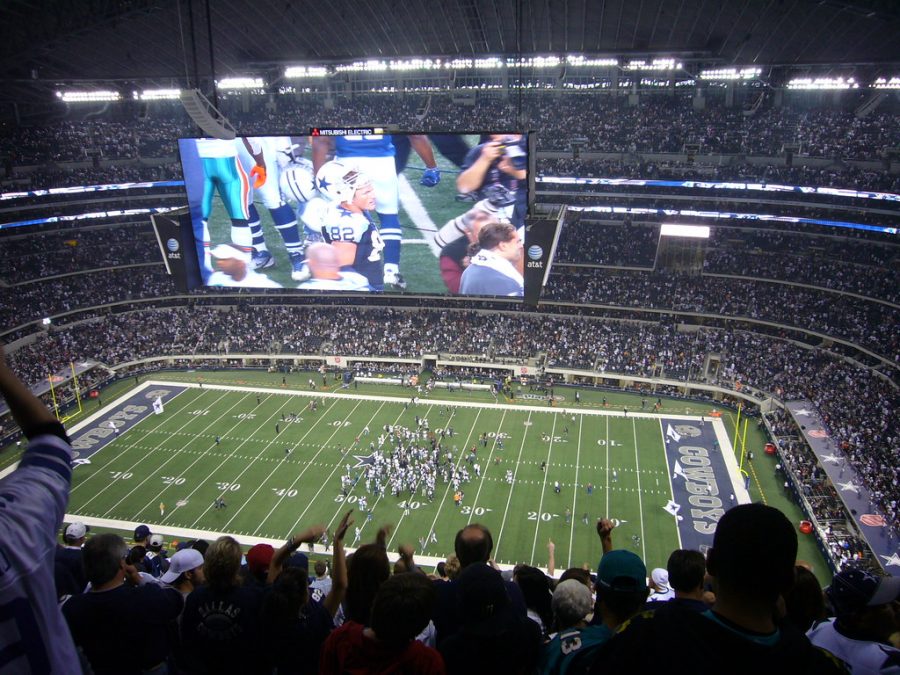 The Dallas Cowboys have hosted annual Thanksgiving football games since 1966.

Thanksgiving is a storied holiday in the lives of Americans, as its arrival marks another year of feasts and gatherings between families and friends. While many view the Thanksgiving Day parade and the feast itself as the highlights of the holiday, the sport of football has been the most popular form of entertainment on Thanksgiving for generations.

Since its inception in 1920, the National Football League (NFL) has hosted high profile matchups on Thanksgiving, with the modern era featuring three matchups, including one primetime matchup. While NFL broadcasts on Thanksgiving were originally intended as a publicity stunt, these games eventually became an integral part of the traditions of millions of Americans.

While the coronavirus pandemic has flustered the lives of the entire world, the NFL season has been a rare constant of normality, albeit with the absence of fans in most stadiums. This season, however, saw a different turn in its Thanksgiving matchups.

In what was set up to be an epic showdown between competitive division rivals, the Baltimore Ravens experienced an outbreak of COVID-19 in their training facility, and as a result, the NFL re-scheduled their game against the Pittsburgh Steelers to Wednesday (UPDATE: The Pittsburgh Steelers prevail over the Baltimore Ravens, 19-14). This led to what many believed to be a disappointing lineup of games, as it featured the first Thanksgiving since 1959 where all participating teams had a losing record.

Despite the low expectations, the Houston Texans and the Washington Football Team put on a show for fans, each taking a victory in high-scoring fashion, over the Detroit Lions (41-25) and the Dallas Cowboys (41-16) respectively.

While the 2020 NFL seasons offered some underwhelming matchups, here are some of the best Thanksgiving football games in recent memory.

This was a must-win game for the Broncos, who were barely hanging around in the AFC playoffs picture. While the Cowboys were hardly in playoff contention, they featured one of the best pass-defenses in the league. This would be no cakewalk for Denver.

Denver held a commanding 23-point lead going into the fourth quarter, but the Cowboys rallied back, scoring an impressive three touchdowns in one quarter, and cutting the Denver lead to 26-24 with less than two minutes left. The comeback eventually fizzled when the Cowboys failed to recover their onside kick, helping the Broncos stay in the playoff hunt at 6-5.

Cowboys quarterback (QB) Tony Romo went into this game undefeated on games played on Thanksgiving and at home in the month of November. The Dolphins defense had gone three games without giving up a touchdown. One side had to give this game.

The game was largely a defensive battle with both teams failing to capitalize when in scoring position, rather settling for field goals. Ultimately, the game came down to the wire. Romo got the ball late facing a two point deficit and masterfully led the Cowboys into field goal range. Kicker (K) Dan Bailey kicked the game-winning field goal as time expired to beat Miami 20-19. Romo kept his perfect records and the Cowboys maintained their division lead in the NFC East.

The Texans expected this game to be an easy one, going into it with the best record in the league at 9-1 and facing the 4-6 Lions. Stars from both teams put up big performances in this game. Eventual Defensive Player of the Year JJ Watt had three sacks on Lions QB Matthew Stafford, but that didn’t stop Stafford from throwing for 441 yards and two touchdowns.

Neither team’s secondary could stop each team’s top target, as Texans Wide Receiver (WR) Andre Johnson and Lions WR Calvin “Megatron” Johnson, two of the best receivers of their era, both put up fantastic numbers. A. Johnson put up 188 receiving yards, while Megatron put up 140 receiving yards, which also adding a touchdown. Texans RB Arian Foster rushed for 120 yards and two touchdowns of his own.

What made this game exciting wasn’t just the exceptional performances from various players. The game featured one of the most exciting series of events in Thanksgiving history.

Early in overtime, Stafford appeared to set Detroit up for a potential game-ending touchdown. The Texans, however, managed to force a fumble and re-gain possession, preventing the Lions from scoring potential game-winning points. Houston missed a would-be game winning 51 yard field goal, but the Lions would go on to miss a field goal try of their own. Finally, Texans K Shayne Graham would take over and kick the game-winner to win the game for Houston.