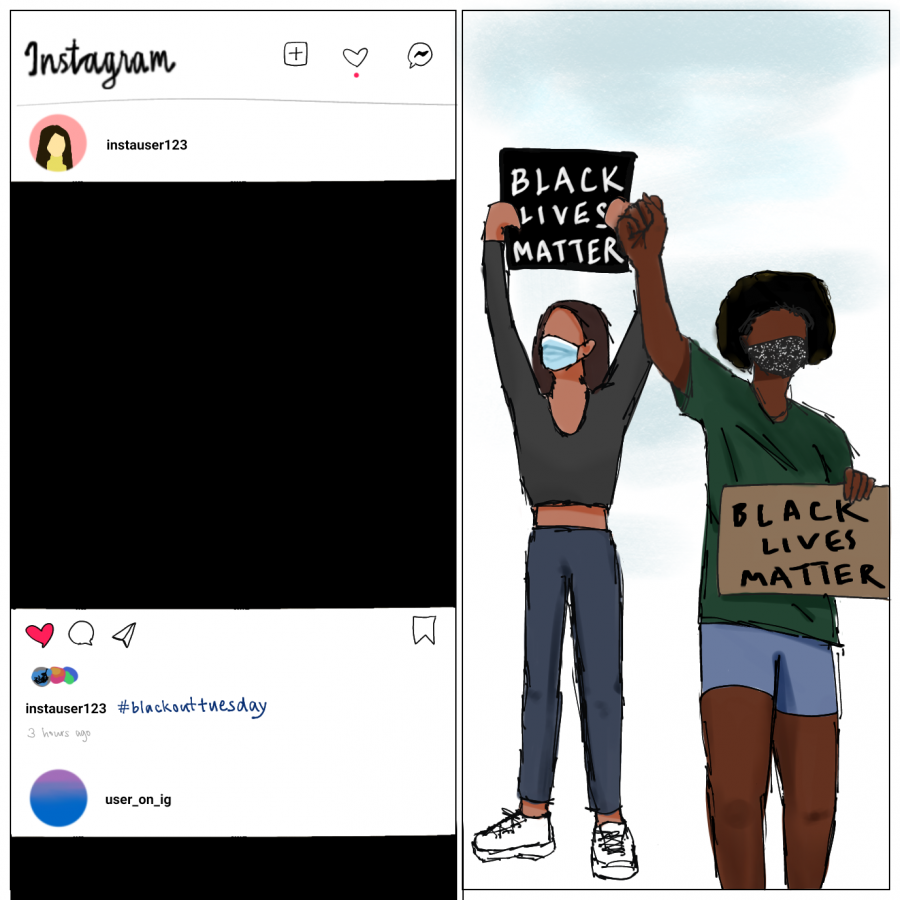 After a revival early this summer, the Black Lives Matter movement has once again fallen in popularity as those not affected lose interest.

Earlier this year, following the deaths of George Floyd, Breonna Taylor, Ahumad Aubrey and countless others, the entire globe united against police brutality and systematic racism in a battle for the Black Lives Matter (BLM) movement. Starting in 2013 in response to the murder of Trayvon Martin by George Zimmerman, the movement has led an innumerable number of rallies and protests for wrongfully taken black lives, namely by the police. After a summer full of demonstrations with over a thousand marchers and 20 million signed petitions, we seem to be regressing back into a state of lethargy and inaction.
BLM depends on social media platforms like Instagram, TikTok, Facebook and Twitter, to quickly raise awareness and spread their cause. As news of the killings this summer flooded the internet, people from all over the world were forced to confront the injustices that African Americans have dealt with their whole lives.
Impassioned with the desire to bring change, from May to early July, BLM protests took over countless cities in the nation physically, but also virtually with online movements like “Black Out Tuesday”. But after those two months, the thick-braided rope of unity dwindled to a delicate thread held by only those directly affected by the issue.
At some point after July, people decided that it was not compelling enough to continue to advocate for black lives. Junior Nancy Mvogo, the president of the Black Education Matters non-profit, said, “the loss of momentum is due to non-black people treating it like a trend [and] has become a means of a public savior complex.” When social media activism no longer generates attention for the poster, the incentive to support the movement is lost. Many protest in the hopes of pleasing other people, treating the act like charity, but African Americans do not need ingenuine pity to feel that their beliefs have worth.
This issue extends past social media and into news culture. U.S. history teacher Angela Robinson said, “Currently, our nation is facing so many obstacles–COVID, the 2020 election, high unemployment–while BLM protests may not make the evening news, the various organizations that are part of the BLM movement have remained engaged.” BLM was listed as the number one “trending topic” on Yahoo, but since then it has moved down to the seventh place, generating less interest than it did during the summer.
Of course, the news cannot report on every detail of BLM, but even this seemingly minor change makes things clear: black lives are only important when you can capitalize on them. This country has profited off our lives since we were dragged here and forced into slavery, but even after centuries of supposed progress, we are still seen as a dollar sign rather than human.
However, there are ways to change the narrative of black lives and bring back the same passion there was during those summer months. Senior Lydia Daniel, co-president of the Black Student Union, said, “go to protests, sign petitions, call your governor and push for equity in your immediate community.” This is the most effective way for keeping pressure on the government, the community and even young people. Only when a spotlight is shone on them do others feel pressed to take action. “Remaining active on social media and calling out everyone on their racist behavior, regardless of your personal relationship [is vital]”, said Mvogo.
Nobody is exempt from the consequences of undermining one’s basic rights, whether it be the most powerful politician or your closest friend. The power to bring change resides in all of us, and it is crucial that we come together to bring that change. Robinson said, “we all have a role to play, no matter how big or small.” It takes one person, one voice to break that deafening barrier and start a movement.
Mvogo said “[seeing my] fears of police brutality has made it easier to keep fighting for what I believe in. It’s given me hope that there are others like me who are affected and want to do something about it.” One of the most compelling aspects of the movement is the immediate comfort and understanding when supporters come together. Everybody is experiencing the same anguish that squeezes their hearts with an iron fist. This is our echo in a deserted forest, the one thing that makes us feel heard in a world that left us to clean our wounds with dried leaves. Our struggle is not “trending” and it is not a “hot topic”, nor is our endless fight for justice a hashtag to prove your fake allegiance to society.