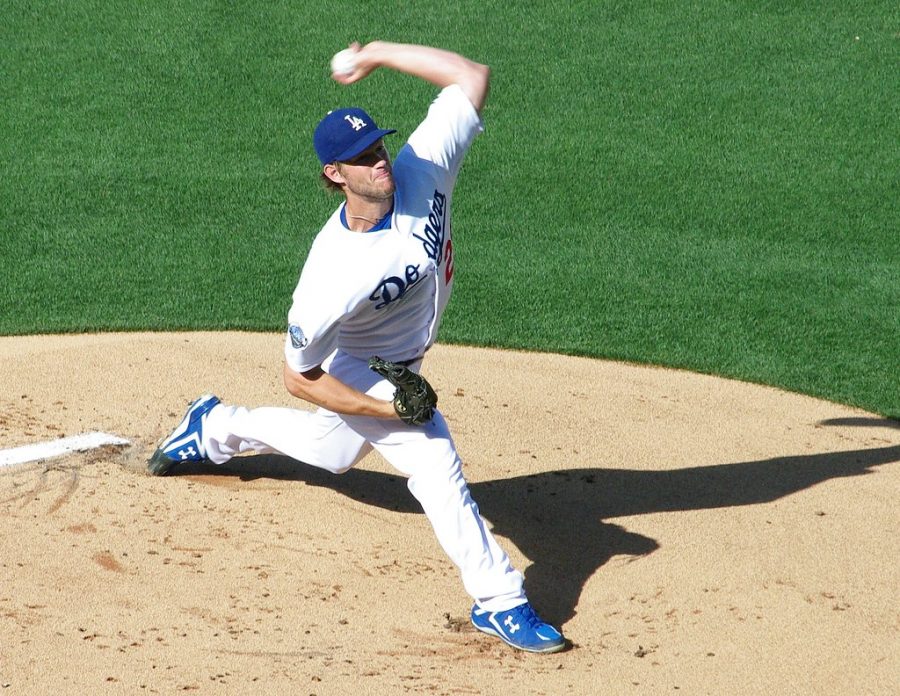 Los Angeles Dodgers Pitcher Clayton Kershaw was lights out in the 2020 postseason.

Against all odds, the 2020 MLB season arrived at its annual championship series, the World Series. In a season played in one of the most turbulent circumstances in baseball history, baseball fans were treated to an exciting season finale between the top two teams of 2020.

For the Tampa Bay Rays, the team was defined not by star power or a high powered offense, but by solid team defense and timely hitting. Despite their inconsistent ability to get on base, they scored 72 percent of their playoff runs via the home run ball. The story of the Rays’ offense in the postseason, however, was rookie outfielder Randy Arozarena. In route to being named the ALCS MVP, Arozarena dominated in October, garnering the most hits and home runs in a single postseason in history.

The Rays pitching rotation featured the likes of Tyler Glasnow, who has one of the best pitching repertoires in all of baseball, and Blake Snell, who is experiencing a solid bounce back season after a rough 2019 season following his 2018 Cy Young campaign. Charlie Morton, despite regular season inconsistencies, provides the Rays a savvy, experienced veteran in the postseason. Rounding out the rotation is Ryan Yarbrough, who has been much better than his 1-4 record suggests, although he has served more of a bullpen role in the postseason.

Despite a solid roster, the Rays pale in comparison to the depth and star power of the Los Angeles Dodgers, a team that exemplified both dominance and grit to get to the World Series. The team features a ridiculous amount of talented players on both sides of the ball, headlined by recent league MVPs Mookie Betts (2018) and Cody Bellinger (2019).

Shortstop Corey Seager and third-baseman Justin Turner are two of the premier hitters in all of baseball, and Joc Pederson, AJ Pollock and Kike Hernandez provide the Dodgers with a combination of power and patience at the plate. Despite his struggles in the regular season, second baseman Max Muncy is just a year removed from his All-Star campaign in 2019. The team also has a ton of postseason experience, with four different players having NLCS MVP honors over the past four seasons (Bellinger, Turner, Seager and infielder Chris Taylor).

On the mound, the Dodgers are able to match their offensive firepower with a plethora of solid pitchers and relievers. The biggest name, of course, is three-time Cy Young award winner Clayton Kershaw, the most dominant pitcher of the past decade. Walker Buehler and Julio Urias are two of the best young pitchers in the league, and rookie Dustin May has emerged this season as well.

In a matchup between teams with a huge payroll difference, the expectation was for the Dodgers to finally exercise their postseason demons and bring home the Commissioner’s Trophy after 32 years.

Things got off to a good start in Game One, as Kershaw hit the mound and delivered a vintage performance. In six innings of work, Kershaw only allowed three baserunners (two hits, one walk), while only giving up one run and striking out eight.

The Dodgers got the run support that they needed, as Bellinger and Muncy each drove in two runners, while Betts and Chris Taylor each added two hits. Despite a quiet batting performance, Seager still had a productive night, getting on base three times due to walks. The Dodgers won in convincing fashion, 8-3.

Game Two would go in the Rays favor, led by infielders Brandon Lowe and Joey Wendle, who each drove in three runs. Snell would do his best to limit the Dodgers, striking out nine batters in a little over four innings of action. Late inning home runs by Seager, DH Will Smith, and Taylor would be too little too late. The Dodgers’ strategy to depend on their bullpen for most of the game would backfire, with seven pitchers combining to give up 10 hits and four walks in the 6-4 loss.

With the series tied up, the Dodgers responded in Game Three by starting Buehler, with the Rays starting the veteran Morton. Buehler would put up a pitching clinic, as he struck out 10 batters and only allowed four baserunners in six innings of action. The Dodgers would respond well from their sluggish performance in Game Two, with Turner, Betts and Muncy setting the tone with two hits each. Catcher Austin Barnes would drive in two runs, as did Muncy, and the Dodgers took a 2-1 series lead with a 6-2 victory.

In a crucial Game Four, both teams’ offenses came out firing in a back and forth affair, combining for 15 runs and 25 hits in an exciting shootout. The Dodgers started Julio Urias for this game, who would put out a solid effort, allowing four hits and finishing with nine strikeouts in a little over four innings of work. Rays starter Ryan Yarbrough would only pitch a little over three innings after giving up five hits and two runs, setting up a matchup between each team’s bullpens.

Despite the Dodgers taking a 3-2 lead headed into the sixth inning, five ties and lead changes would occur through the middle stretch to the end of the game. The Dodgers were led by Seager and Turner for the game, with each batter gathering four hits in five plate appearances, and combining for five runs and three runs batted in. For the Rays, Randy Arozarena would continue his incredible postseason, gathering three hits and scoring three in the Rays come from behind effort.

In the end, however, the Dodgers’ defense would break down in the ninth inning, as multiple errors in the last play of the game allowed the Rays to score two walk-off runs and win the game, 8-7.

After this crushing defeat, the Dodgers turned to the ever reliable Kershaw to try to take control of the series in Game Five. In a rematch between Kershaw and Glasnow, Kershaw would once again take victory with a solid performance, further quieting his critics over his past postseason failures with six strong innings. In a relatively close game, the Dodgers would keep the lead after a 3-2 lead in the fourth inning, with Muncy homering to further cushion LA’s lead. Dustin May, Victor Gonzalez and Blake Treinen would take over for the final stretch of the game, fanning four batters and only allowing two hits over the last three innings in route to a 4-2 victory.

The Dodgers bullpen would take over for Game Six, with manager Dave Roberts returning to the same strategy that backfired in Game Two. This time, however, the Dodgers would hold the fort, allowing no runs after a first-inning homer to Arozarena.

Despite dominating Dodgers hitters all game, Snell was pulled out of the sixth inning after allowing only his second hit, which would jumpstart the Dodgers’ comeback efforts. Two runs would follow immediately after Snell’s exit and Betts’ eighth inning homer would cushion the Dodgers’ lead.

The final innings of the game would be manned by Julio Urias for the Dodgers, who delivered a phenomenal performance, completely shutting down the Rays offense and striking out four batters in a little over two innings of work. The Rays failed to land a single base runner against Urias, sealing the World Series victory for the Dodgers.

Corey Seager would be named the World Series MVP after posting a fantastic .400 average over the series. He finished the postseason with eight home runs, 22 hits, and 20 RBIs.

Muncy and Turner each batted over .300 as well in the World Series, and Betts joined Seager and Arozarena as the only players with over 20 hits in the 2020 postseason.

Despite his disappointing finish to the season, Arozarena finished off a historic postseason, setting postseason records with 29 hits and 10 home runs, while batting .377 over the postseason and .366 in the World Series.

For Kershaw, the championship completed the missing piece to his impressive resume and silenced a generation of doubters who labeled him a postseason choker.

For the Dodgers, the victory was a long time coming after two losses in the World Series over the past three seasons. Their victory concludes an unorthodox, yet thrilling baseball season.