Why Among Us blew up and why you should play it 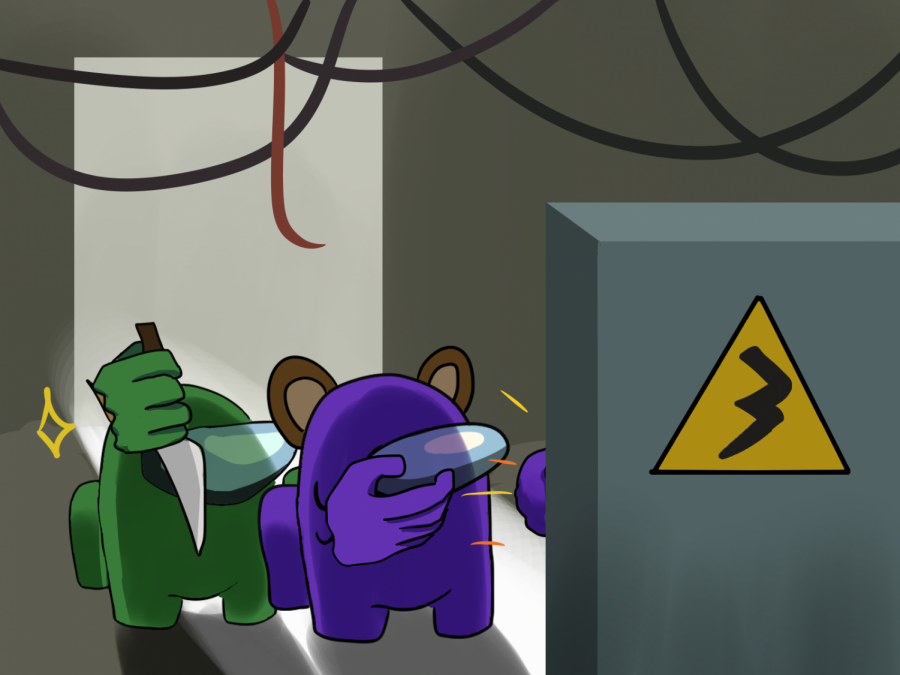 Among Us is the newest, popular online game with over 60 million active players everyday.

In June 2018, a small studio by the name of Innersloth released a video game called Among Us. At the time, not many people knew about the game, with the most players on a single day staggering at around 30 people. As of Sept. 2020, this number skyrocketed to an average of 60 million active players per day.

Among Us is a game of deception inspired by Mafia. Each player takes on the role of a little astronaut in space. Some players are crewmates, while others are imposters.

As a crewmate, players complete tasks and try to figure out which players are the imposters. The imposters lurk among the crewmates, sabotaging and killing them. During meetings within the game, players debate and vote on who they believe is the imposter

At first, Among Us was kept in the shadows. According to Kotaku, the three member development team said that they were “really bad at marketing” and that the game “didn’t release super well.” At one point, the peak number of players was as low as 17.

It wasn’t until the summer of 2020 when Among Us started to gain some popularity. Since the game is so personality driven and group oriented, it interested content creators like Twitch streamers and YouTubers. Videos and streams of people playing Among Us were very entertaining to the public, and so, the news of a fun, online game spread rapidly.

Some notable creators that boosted the game’s popularity are xQc, Disguised Toast, Pokimane, Sodapoppin, Pewdiepie, and many more. In addition to their large fanbases, they gained more fans from playing the game as well. With this growing recognition for both Among Us and their respective content creators, many gameplays and streams rack up millions of views in just a couple hours.

Now, players have developed a huge community around Among Us. They even have a set of slang terms to use in the game, with a prime example being the phrase “sus”, which is an abbreviation for “suspicious” or “suspect”. Other commonly used language include “what,” “where,” and “vent.”

After seeing tremendous success for Among Us, Innersloth decided to cancel the sequel, Among Us 2, to focus on expanding the original game’s features and content. The developers are continuing to fix and improve the game to provide a better playing experience for all. With that being said, if you have some spare time on your hands, you should definitely try this game out.

And don’t worry, you don’t have to be a professional gamer to play Among Us. One of the main reasons why so many people play this game is because it doesn’t require any previous gaming experience. The rules and controls of the game aren’t terribly complicated.

Also, with everyone social distancing at home, this game is great for 2020. Among Us is a completely online game, so you won’t need to physically be with others to have a fun time. Because of this, you can even play with people on the other side of the world.

Furthermore, you should definitely play to experience the sheer excitement, drama, and adrenaline from this social deception game. Whether you’re being followed by a suspicious crewmate or having a heated debate with other players, it’s an exciting and entertaining game to play in quarantine.

Finally, you can join in on the trend going around the world. But, even if you don’t play the game, you can still join the Among Us community. It’s a nice way for people to “come together” while stuck at home.

Among Us spread like a virus, but it also brought people together during the actual one.