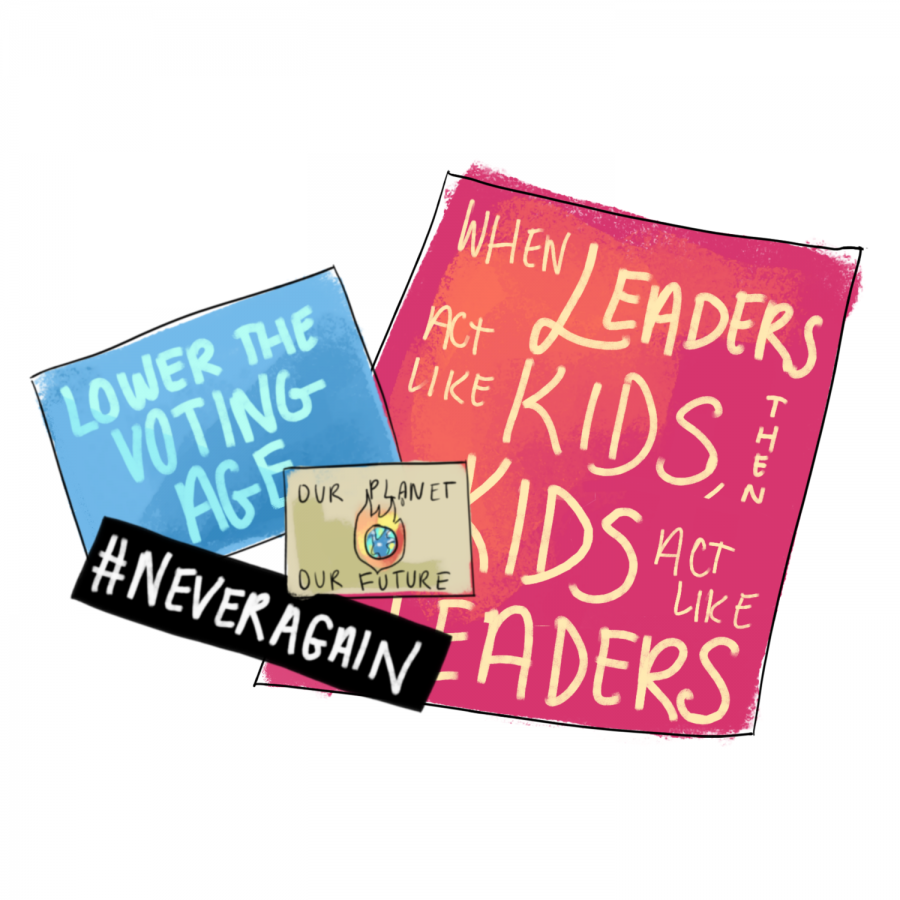 The voting age should be lowered to allow 16 and 17 year-olds to participate in politics.

Imagine if someone’s rights and privileges were restricted based solely on the public’s perception of that person. This is not a hypothetical, but a current reality for millions in the United States. 16 and 17 year-olds are growing increasingly politically active and are perfectly capable of voting maturely, yet they are barred from doing so due to outdated and inaccurate societal stereotypes. Just 50 years ago, 18-year-olds found themselves in the same situation and we need to replicate the change.

During World War II, Franklin D. Roosevelt lowered the drafting age from 21 to 18 due to the increased role of the U.S. in the conflict. However, the voting age stayed put at 21 years old, meaning thousands of Americans were being shipped off to fight without a say in the nation’s government. These men, who risked their lives for the safety of the nation, felt they were victims of an unequal relationship with the government and fought for the right to vote to have some control over themselves. The rallying cry of “Old enough to fight, old enough to vote,” reverberated across America, and after 30 years and two other wars, the voting age was lowered to 18.

In 1970, Americans realized that sending unrepresented people to fight was morally wrong and were willing to pass an entirely new amendment. Today, 16 and 17 year-olds also have restricted influence in government when many of the decisions that are being made, such as those related to climate change, will affect their generation for decades to come. The country must acknowledge this as they did before and expand voting rights. And while a handful of Congress members, recently led by Ayanna Pressley, have suggested lowering the voting age, there is never enough traction built up despite the evidence suggesting it will benefit the nation.

The refusal to change is partly because many adults typically perceive 16 and 17 year-olds as impulsive and untrustworthy. Freshman Sami Saeed said, “There would need to be a system to educate them before they vote to ensure they know what they’re voting on.” However, countless teens have demonstrated over the past decade that their age group is becoming increasingly responsible and politically educated through protest and activism.

Teens like Alfonso Calderman call for gun control, give speeches and lobby for new laws. Teens like Greta Thunberg voice their opinions on climate change and fuel a worldwide movement in the process. Teens like Malala Yousafzai, change the world by putting their lives on the line to fight for equal education. Time and time again, these young activists show that they are willing to speak their minds and make decisions about what they feel is right, yet adults still think they will be irresponsible with voting.

Not only are these minors willing to do what is right, but they are also able to make educated decisions. Research conducted by Vote16usa showed “cold cognition,” a person’s ability to make well-reasoned decisions, matures at the age of 16. Voting only requires being able to research the candidates and choose who will lead the country better, and 16 and 17 year-olds are more than capable of doing this.

The fact that this group is unable to vote has had many negative implications. Teens are not given a say in who makes the laws that lead their lives and have to later live with the consequences of those legislations. For example, Kalief Browder was unfairly incarcerated at 16 for a school backpack mixup due to a law he had no say in. It took his suicide for New York to abolish solitary-confinement for 16 and 17 year-olds. Kalief Browder, like so many other minors, had his ruined and taken away by the refusal to let minors have a voice in the laws that they must abide by.

Lowering the voting age will benefit Richard Montgomery students as well. Even though the student body is already extremely politically active and aware, the expansion of voting rights will only increase this. Not only will it increase the political efficacy of students, but will make them more likely to participate in government classes since the content they learn can be immediately applied.

Teens already enjoy a wide range of privileges and responsibilities like adults do. They are legally allowed to drive, get full-time jobs, drop out of school and pay taxes just like adults. These all indicate the maturity of 16 and 17 year-olds, but they still are not allowed to have a say in democracy even if they pay taxes. Jiang said,“[they say] taxation without representation is tyranny. If teens can work and be taxed, and if they can’t be represented, then surely one could argue that that’s tyrannical.”

This year, yet another election passes with millions of potential voters restricted from using their voice. America needs to recognize the fact that teens are getting more politically active and are desperate to have a say in decisions that will change the course of their lives. Lowering the voting age has already been tested at a local level in places like Takoma Park and Hyattsville, Maryland to great success. It is time lawmakers address the changes in society and pass a new amendment, just like the 26th, that allows everyone 16 years or older to vote.