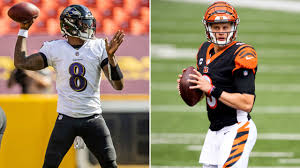 Having faced off with the entirety of the NFC East, with only three wins between all four teams, the Rams have had an easy start to their season. The Rams have shown that they can compete against the best of teams (Week 3 vs Bills), and that when faced with a challenge, they have the potential to step up their game. The Washington Football Team, however, will not be that challenge. The 1-3 team from Washington has recently undergone a QB switch, while lack of offensive threats  and inconsistency on both sides of the ball rules out any possibility of beating the Rams in this matchup.

This will be Pittsburgh’s first game against a team with a win, and the Eagles got their much-needed win against the defending NFC champs, the 49ers. Despite this apparent shift in momentum for the Eagles, the #1 rushing defense of the Steelers, which has allowed only 54 rushing yards per game. In addition to the abysmal passing of QB Carson Wentz and a team riddled with injuries, it will make this game extremely difficult for Philly to win.

The Cardinals started the season 2-0, but back to back losses against the Lions and Panthers cast doubt in their early season success. Fortunately, their Week 5 matchup will put them back on track. The Jets have the worst overall offense in the league, the worst scoring defense in the league, and have just lost starting QB Sam Darnold to injury. Unless veteran and backup Jets QB Joe Flacco can turn back the clock to his prime, this game will be over long before halftime.

The Raiders are heavily outmatched in this game. The defending Super Bowl champs are on a roll to start the season, and they haven’t exactly played easy teams either. After beating the Ravens, The Chiefs beat the Patriots by 16 points, who the Raiders lost to by 16. Patrick Mahomes hasn’t thrown an interception yet, and Derek Carr will have his hands full with the third best passing defense in the league. If RB Josh Jacobs has a great game against the Chiefs’ fifth worst rushing defense in the NFL, they might be able to put enough points on the board to make the game exciting.

After firing Bill O’Brien, their head coach, the Texans need to rise above their awful start to the season to win this game. Although QB Deshaun Watson has had great success in the past, he hasn’t played like his former self this season, though his supporting cast has done little to help him. The Jaguars present Watson an opportunity to return to form. Despite beating the Colts and only losing to the Titans by a field goal, decisive losses to the Dolphins and Bengals seem to indicate an inconsistency in their team that will ultimately lose them this match. Expect a rejuvenation game from Watson and company.

The record of the Patriots is not representative of their ability to beat teams like the Broncos. Their two losses are against the Chiefs and Seahawks two undefeated teams with arguably the two best quarterbacks in the league. The Broncos’ record is also misleading, but in the other direction. They were 0-3 and only got their first win against the now 0-4 Jets. It is unclear whether Cam Newton will be playing for the Patriots, but the extra planning time that the Broncos have after having a Thursday night game is unlikely to counter the play calling of legendary Head Coach Bill Belichick. Regardless of what happens with Newton, they will not be able to come away with a victory.

In a matchup between two Heisman winning QBs, it will feature two teams that have found success in different aspects of the offense. Bengals QB Joe Burrow has led the Bengals to a top 10 passing attack in his rookie season and is facing a Ravens defense that has the 27th best passing defense. However, the Bengals sport the 26th best rushing defense, matched up against the Ravens’ top-3 rushing attack. The Ravens’ top rushing threats, QB Lamar Jackson and RB Gus Edwards,  are 3rd and 4th in the league in yards per carry (rookie JK Dobbins would be 5th if he had enough rush attempts to qualify). If the Bengals can prevent the Ravens from getting an early lead and running down the clock, they have a shot to make this game close. However, Burrow’s offensive line will give him little breathing space, and the Ravens will roll to a crucial victory.

The Panthers have gotten off to an encouraging start, with new QB Teddy Bridgewater settling in nicely with his new system. Coming off of an impressive victory against the Cardinals, the Panthers face a winless Falcons team sporting one of the worst defenses in the league, and nursing injuries in all facets of the team. The loss of Christian McCaffrey (CMC) has done little to stagger the Panthers’ run game, with RB Mike Davis picking up where CMC left off. While the Falcons will put points on the board, they’ll offer little resistance to Bridgewater.

Simply put, the Dolphins must win this game in order to stay relevant in the AFC playoff picture. The Niners need this win to steer themselves back in the right direction in a competitive NFC. For the Dolphins this comes down to whether QB Ryan Fitzpatrick can limit his turnovers and take advantage of red-zone opportunities. Against the Seahawks in Week 4, the Dolphins settled for five field goals, ultimately mattering in a 31-23 loss. Playing against a tough Niners defense, I don’t see the Dolphins doing any better.

The Cowboys have been able to put up big numbers offensively every week, but have fallen to a 1-3 record. Fortunately, the Cowboys play in the worst divisions in the league, and match up against a Giants team that has simply looked lost this season with the ball. Even against a Cowboys team that has given up 126 over the past three weeks, the Giants will struggle to match the Cowboys’ offensive rhythm. Expect another big game for Cowboys QB Dak Prescott.

A win for either team will stabilize their position in the AFC playoff picture. Both teams feature top 5 rushing defenses in the league, with the Browns coming off of back to back dominating rushing games. Even without Pro-Bowl RB Nick Chubb, the Browns feature 2017 rushing champion Kareem Hunt, and D’Ernest Johnson (11 rushes for 95 yards in Week 4). With an aging Philip Rivers showing no improvement in accuracy for the Colts, the Browns will pull a close victory.

Just coming off of their first victory, the Vikings face a brutal matchup against leading MVP candidate Russell Wilson and a Seahawks unit that is top 5 in the league in total offense. The Vikings defense sports an inexperienced secondary, that will be no match for the Seahawks’ duo of DK Metcalf and Tyler Lockett. Expect a blowout in this game, in favor of the Seahawks, though an upset for the Vikings would pull them out of the basement conversation.

Both teams have had their share of ups and downs this season. The Chargers, while 2-2, have been within one possession in each three of their losses, and have held the lead late in the fourth quarter in two of them. Their inability to close out games, partially due to late game blunders by rookie QB Justin Herbert, have cost them key positioning in the AFC. The Saints were able to bounce back in Week 4 after back to back losses and are getting 2019 Offensive Player of the Year Michael Thomas back from injury. The Chargers will likely make the game competitive, but will once again fall short in the end to an experienced Saints unit.

Both teams have come off of three straight close  victories, proving both teams’ capabilities in the clutch. In one of the best matchups of the week, it’ll come down to which QB between the Titans’ Ryan Tannehill and the Bills’ Josh Allen will come through in the clutch. Simply put, the BIlls’ top 5 offense matched up against the Titans’ bottom 5 defense puts them in a more favorable position to win the game. Expect a close finish, ending in a Bills victory.