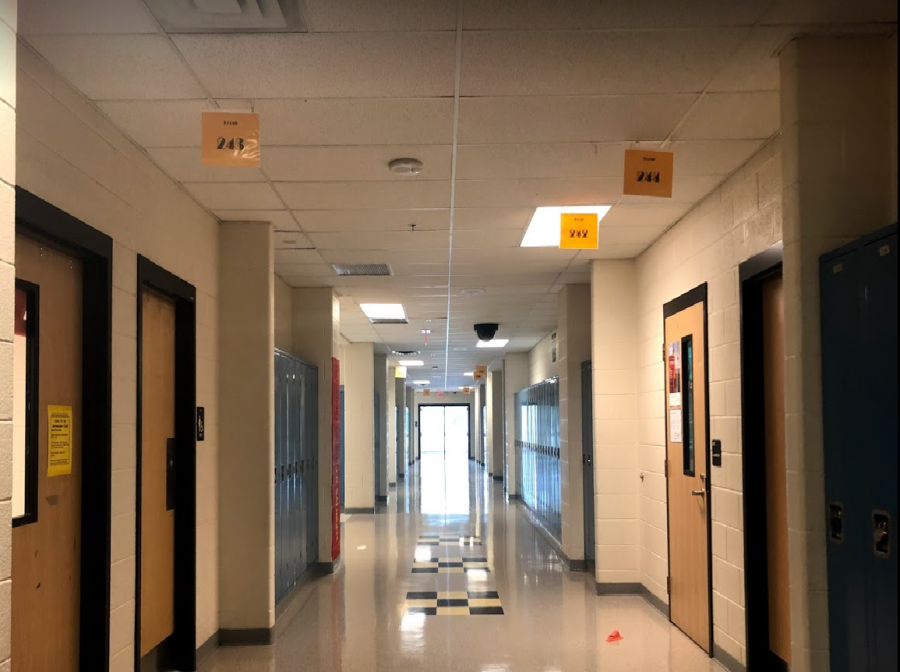 The Board of Education (BOE) voted unanimously to begin the return to in-person instruction on March 1, after almost a year of all virtual instruction and multiple reopening delays.

RM’s Virtual Club Fair on Friday, Oct. 25 featured information from 106 different clubs. All clubs have made accommodations for distance learning and are planning to operate virtually for the 2020-2021 school year.

“Before the pandemic, my extracurriculars were really what grounded me,” said senior and Black Maskers student leader Anand Chitnis. “It sounds super cliche, but they were the places I feel like I was really applying the skills I was learning in school. But more importantly, those were the places that really felt at home […] they were also such amazing outlets to express all the different parts of my identity”.

Chitnis says that this year’s events have brought uncertainty and change, as the performing arts are “obviously something really hard to translate to an online format.”

Changes for this year include plans to hold workshops with Black Maskers alumni who have moved on to professional theatre, virtual training for crews, and community building events such as biweekly improv and acting exercises, movies, and game nights.

“The main loss we obtained from the pandemic was the loss of structure,” said Chitnis. Black Maskers typically puts out a musical in the fall, a One Acts Festival in the winter, and a play in the spring. However, the pandemic resulted in the cancelation of last spring’s musical, Lend Me A Tenor, and there are no plans to put on a virtual musical this fall.

“A lot of things are obviously up in the air right now, but our priorities are on keeping this community together and making sure the club survives to continue to put on amazing shows after this crisis is finally over,” said Chitnis.

Other similarly hands-on clubs, such as recreational sports and fitness, have needed to change their operations as well. However, Jade LeSchack, senior and student leader of the scuba diving club, says that the way the aquatic activity works is going to remain the same.

The scuba diving certification process can be done online through e-learning. Atlantic Edge, the diving shop that the club usually works with, has put in safety precautions to follow social distance guidelines. For the group’s practice pool dives, everyone on the surface will wear masks and social distance. The group can still swim together because there is no evidence that the virus can spread underwater.

Public speaking groups such as RM’s debate team will continue to operate much in the same way as in previous years, though meetings will be conducted via Zoom. During meetings, team captains will share slides with the other members to encourage discussion. Much of debate involves research or practice with a partner, which can be done individually, or through text or video call.

“It’s hard to tell because we haven’t really gotten rolling, but the reality is I don’t think that we’ve changed that much. We still post our ideas on the screen for the club to see, we still ask for input from all of our members, and the participation is still there,” said Noah Grosfeld-Katz, one of the debate team coaches.

Clubs that involve traveling and events have adjusted for COVID as well. “A lot has changed because [our club is] based around traveling to conferences and obviously because of COVID-19 that cannot happen this year in the same way,” said sophomore Paris Ye, a member of the leadership team for RM’s Model Congress. The club will be hosting virtual conferences and meetings. Ye expressed her disappointment at the limitations of distance learning. “Usually we go to New York City in the spring for the Columbia model conference, however that probably won’t happen this year, which is very sad.”

Despite the challenges that this year has brought, many club leaders are determined to have a full year, with particular emphasis on team bonding. “I know that we’ll make the best of this year despite the pandemic and try to do things we couldn’t do before, like more meetings, more training, and more bonding,” said Ye.

“It’s been a real creative challenge to make sure our members have activities to participate in and opportunities to step up as a leader, but we are doing everything we can to rise to that challenge and we’re super excited for what is to come,” said Chitnis.