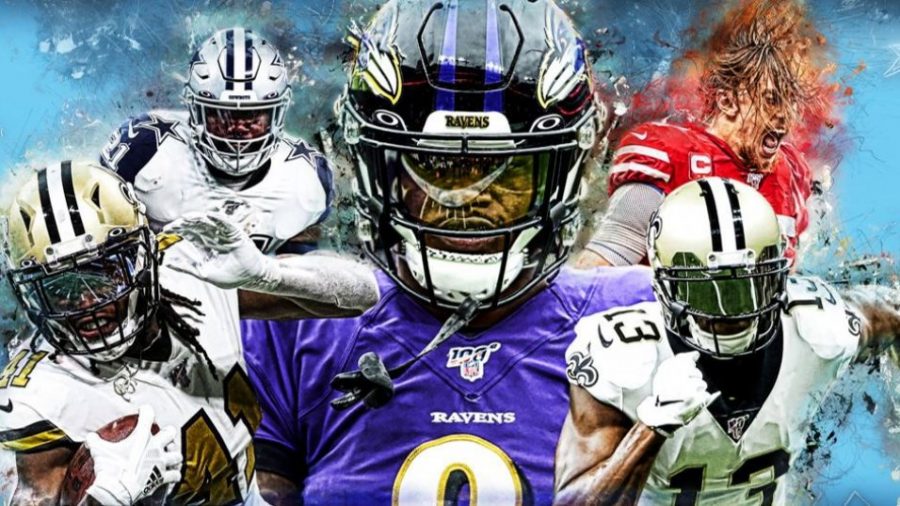 The Baltimore Ravens are highly favored to defeat the Washington Football team in their upcoming match-up.

The 2020 NFL season has had three weeks of games, and despite unusually empty stadiums, the content of the games have been as exciting as ever. As the league enters the end of the first quarter of the season, this week of games is an opportunity for squads to prove that their success in the beginning of the season was not a fluke, and for worse teams, that their disappointing starts are not representative of their true potential.

Except for the unlikely event of a tie, one of these teams will get their first win of the season. Both teams are winless after three games, and New York and Denver are 30th and 32nd in average points per game, respectively. With starting quarterback Drew Lock injured on the sideline, it will be hard for the Broncos to win, even though this could be one of the more unpredictable games this week.

With the Ravens looking to bounce back after a loss to the Chiefs, and the Washington Football Team hoping to maintain their control over the NFC East, this game has high stakes for both teams. This said, it probably won’t be a very tough matchup for the reigning MVP, since Washington lost to the Browns, a team that Baltimore beat 38-6.

As of the writing of this article, this game has been postponed to later this season. When the teams get around to playing, this matchup between two undefeated teams won’t disappoint. While neither of these teams have played very hard games, the Titans do have the league’s leading rusher in Derrick Henry, and Tennessee has at least played one game against a team with a win, which makes them the favorite, despite not winning any of their games by more than 3 points.

The Chargers are having a strange season, taking the 3-0 Chiefs to overtime but barely beating the Bengals and losing to the Panthers. Young QB Justin Herbert shows promise, and despite being 1-2, Los Angeles is the only team in the top 8 in both yards per game and yards allowed per game. However, the Buccaneers came off a hard game against the Saints week 1 and have shown more and more skill ever since. They also beat the Panthers (who the Chargers lost to).

Even though the Dolphins have many reasons to be optimistic after their decisive TNF victory over the Jaguars, this is one of the biggest mismatches of the week. Any one of the Seahawks star players by themselves would be a reason to predict them winning this game, with the trio of QB Russell Wilson, WR DK Metcalf, and WR Tyler Lockett making the Seattle passing game being too much for the Dolphins defense to handle. For the Dolphins have a chance, QB Ryan Fitzpatrick must capitalize against the Seattle defense, which has already allowed 1,292 yards of passing this season, the most in the NFL.

This is one of the most interesting matchups this week and is a must game for both teams. Both teams are 0-3, but were also playoff teams in 2019. The Texans have had one of the most difficult starts to an NFL season in history, playing the Chiefs and the Ravens (13-3 and 14-2 from last season) and then playing the Steelers, who boast a top-five defensive unit and are undefeated to start the season. The Vikings didn’t have an easy start to the season either, playing the Packers and Titans (both 3-0), but their lack of a secondary and consistent offensive production leaves reason to doubt their ability to beat even mediocre teams.

Both teams are 1-2, and getting to .500 would mean a lot for both teams. The Lions need a win to have any hope of catching up to the 3-0 Packers and Bears, and the Saints would be in a strong position in their division, with a win and a Buccaneers loss giving them both same record atop of the NFC South. The Lions have only lost to undefeated teams (Packers and Bears), and were able to beat the Cardinals, who are 2-1.  Though the Saints fared better against the Packers, the team’s inconsistency down the stretch has cost them back to back close games. Both of these teams have a lot to prove, but the Lions’ lack of explosiveness on either side of the ball points to a New Orleans victory.

This matchup is a bit unpredictable because of the nature of the games that these teams have played so far. The Browns got crushed by the Ravens early on, but were at least able to score a lot of points and beat the Bengals and The Football Team. The Cowboys lost to the Rams the first week, but then were able to comeback and beat the Falcons and managed to only lose by one touchdown against the Seahawks. The Cowboys have shown confidence in their offense and a willingness to keep games close, even when they lose. On the other hand, the Browns have shown that they can beat some of the worst teams in the league, but aside from being “not the worst”, the Browns haven’t done anything to prove themselves worthy to play against above average teams.

Both teams have shown moments of brilliance, especially from each team’s young signal-callers. First overall pick Joe Burrow has looked promising over the past two weeks, but has failed to lead the Bengals to a win thus far. Gardner Minshew began his sophomore campaign with two solid games, but fell flat on primetime against the mediocre Dolphins on Thursday Night Football Week 3. This should be another close game for the Bengals, but this time, they’ll pull through with a victory.

This matchup features one of the premier offensive lines in the league courtesy of Indianapolis  matched up against one of the best defensive units in the league in Chicago. This game will come down to which offense can limit their mistakes and finish in the clutch and we envision the Colts coming out on top.

This game will come down to which team can limit their turnovers and score efficiently in the red zone. Panthers QB Teddy Bridgewater has had no problem moving the ball downfield, but the team has failed to capitalize in red zone situations, that have led to three instead of seven, and points off the board. The Cardinals are coming off a tough loss against the Lions and QB Kyler Murray has turned the ball over every week thus far. Nevertheless, the Panthers’ young defense will have their hands full with the versatile Cardinals offense, which will cost them the game.

Coming off a tough finish against the Bills in Week 3, the Rams should have no problems  against the lowly Giants. Simply put, the Giants pale in comparison on both sides of the ball. Rams defensive tackle Aaron Donald is set to wreak havoc against an uninspiring Giants offense, and even with an improved Giants defense, Rams quarterback Jared Goff should be able to lead his team to an easy victory to solidify their position in the NFC.

The Raiders failed to build off their momentum in the opening weeks in Week 3 and simply looked weak against the Patriots. They now face the Bills, a team that has seemingly been able to finally put it all together. The Raiders need this win to prove that they are a competitive team in the AFC, but the Bills are too strong of a team on both sides of the ball for them to pull off an upset, led by QB and AFC Offensive Player of the Month Josh Allen. The Bills also allow the seventh fewest rushing yards per game, making it difficult for Raiders RB Josh Jacobs to get going.

This is for sure the Game of the Week, in a matchup against two of the most solid teams over the past decade, featuring two former MVPs in quarterbacks Cam Newton and Patrick Mahomes. The Chiefs have shown little signs of weakness in the opening weeks, cruising to a 3-0 lead. The Patriots have proven that they aren’t dead in the water, even after losing multiple key starters in the offseason. It’s tough to imagine the Pats defense offering enough resistance to Mahomes, who has gotten off to another hot start. A repeat of Week 2’s performance against Seattle offensively is the only way the Patriots will have a shot of knocking off the defending champs.

The Eagles are off to an awful start, which can be attributed to both injuries and poor play. QB Carson Wentz has failed to generate any offensive momentum, while the defense has stepped up when necessary. While the 49ers are nursing numerous injuries as well, they haven’t lost a step, blowing out both New York teams. This is a game the Eagles desperately need to win, as a loss will likely lead to an uphill battle for the playoffs, but a banged up offensive line and one healthy receiver will make it difficult for Wentz to pull off a victory.

This game features two teams who are currently on opposite sides of the spectrum. Green Bay is one of the premier teams in the league, averaging over 41 points per game on its way to a 3-0 start. On the other hand, the winless Falcons have become the first team in NFL history to blow double digit leads multiple times in NFL history, featuring one of the worst defenses in the league. This should be an easy win for the Pack, even without WR Allen Lazard. Falcons coach Dan Quinn should be out the door shortly afterwards.