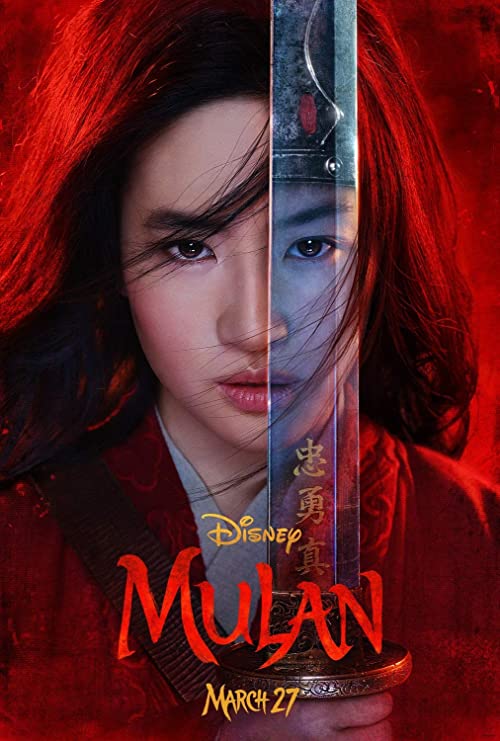 Disney’s live-action movie, “Mulan,” was released on September 4 on Disney Plus.

One of my favorite movies growing up was the animated Disney’s 1998 animation “Mulan.” With a focus on Chinese culture and mythology, the film exhibited a refreshing change of pace from other over-the-top movies Disney was pumping out—though the movie still featured wisecracking dragons and many crazy action scenes. There is no denying there was something different about “Mulan,” something that set it apart from the crowd. So when a live action remake was announced in 2017, fans of the original were obviously delighted.

But some concerning things started leaking out during development. In August, Liu Yifei was announced as the actress for the titular character, which raised some eyebrows due to the fact that she had described herself as “Asian” and not “Chinese” months prior. She had also tweeted support for the Hong Kong police in the wake of the 2019 protests, deflecting questions about social and racial justice at events. Then, Mushu, the beloved flying dragon, was announced to not be making a return to the film. Viewers began to raise questions: Is this movie going to be serious? Are there going to be new characters? Mushu was a key part of the plot and saved Mulan’s life on multiple occasions, so is that just not the case anymore? And most importantly, why are there no Asian people involved in the directing, producing, or writing of this film?

News about possible delays started cropping up, but even with all this going on, manh Disney fans were still excited. Development on the movie wrapped up around December 2019, approximately a year after it was first slated for release.

When COVID-19 hit the world, news about the film slowed down for a while, creating even more uncertainty for “Mulan’s” release. After all, how was the film going to make profit at the box office if the box was closed? That was when the biggest red flag emerged. On August 4th, 2020, Disney announced that it was cancelling the theatrical release of the film in the US, and would be releasing the film on Disney Plus for 30$ streaming. The movie becomes free on Disney Plus in December.

Personally, it felt as if I had been punched in the gut. I had a hard time believing they would actually release a 200 million dollar budget movie for 30$ on an online streaming service as a substitute for a theatrical premiere. It did not make any sense. Is the movie so bad that they would be willing to make it practically free 2 months after its release? So I bought it, and I can say firsthand that it is.

The film was a disaster. An absolute disaster. A mockery of both the American and Chinese consumer. Notably, it doesn’t even make sense as a joyless cash grab, because this is one of the biggest box office bombs in film history. The movie itself is offensive on multiple fronts. They got rid of everything that made the original “Mulan” fun to watch (including Li Cheng, who was replaced) and opted for shallow one-dimensional characters who sound like they’re reading off of a telecaster. It does nothing to raise racial awareness or acknowledge the Chinese background of its story in any way.

Looking back, we should have seen what was coming right away. The film had been marred by controversy since the announcement of its development. Yifei’s comments on Hong Kong made it clear that she herself didn’t care about social justice. The lack of diversity in the development team made it clear that the film wasn’t going to be about racial awareness or pride. The filming taking place in the province of Xinjiang, where thousands of Turkics are being held in internment camps against their will, made it clear that the people involved were only in it for the money. Though the film still holds mediocre to positive ratings on sites like Rotten Tomatoes or IMDB, make no mistake—it is a slap in the face for any Chinese watcher, with Western-stereotypical makeup design, a gross mishandling of cultural ideals, and a story that doesn’t make sense to anyone who is even slightly versed in East Asian culture.

Everything about this film is bad. If you are going to make a film trying to celebrate Chinese culture, do not do it in a way that inadvertently mocks millions fighting for their civil rights. It is upsetting to see a company that has given us so many classic films pump out this racially insensitive piece of money-grabbing garbage. This film was probably never going to do the original justice, but the worst part is it does not even attempt to.