The most timely journalism movies to watch right now 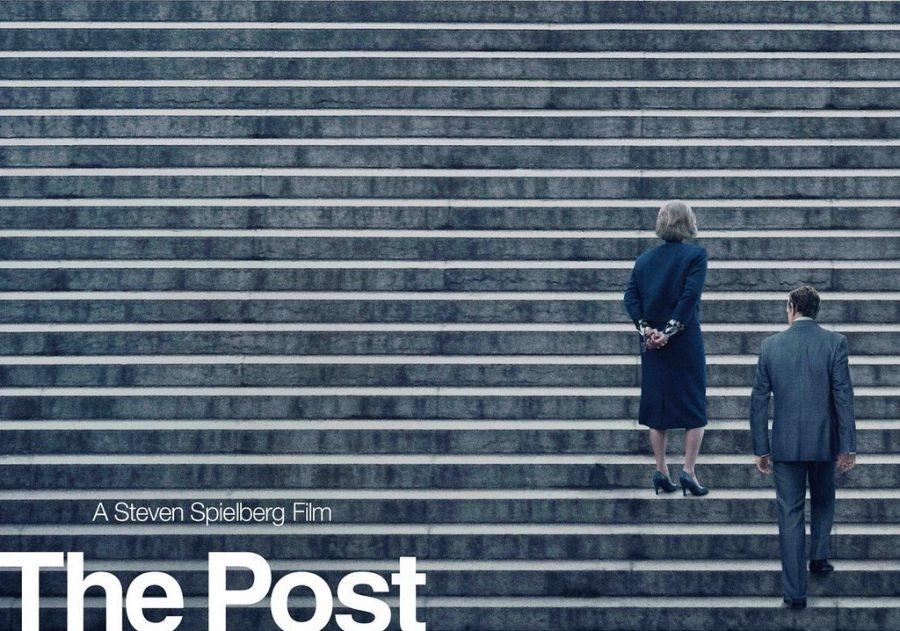 "The Post," featuring Tom Hanks and Meryl Streep, dives into the perspectives of the newspapers involved in the infamous New York Times v. United States lawsuit.

The most compelling, stirring movies about journalism are often based on true stories that challenge authority of some kind and have wide-reaching effects on the areas they cover, sharing the common theme of inciting change. Ranging from suspenseful thrillers to poignant dramas, these movies remind audiences of the powerful effect of the press and inspire viewers with significant stories that are especially pertinent to the world today. Here are some of the most timely films about journalism to watch right now.

“All the President’s Men”

One of the most well-known journalism movies, this 1976 film starring Robert Redford and Dustin Hoffman as real-life Washington Post journalists Bob Woodward and Carl Bernstein, is a fascinating political thriller that delves into the intricacies of the Watergate scandal in 1972.

Woodward and Bernstein start investigating after the headquarters of the Democratic National Committee, located in the Watergate building in Washington, D.C., are broken into. It takes a long process of rooting through dead ends and suspicious financial connections to discover the truth about the Watergate break-in: President Nixon and his administration had been orchestrating the illegal wiretapping of the DNC’s offices in order to gain information that could harm the Democrats’ campaign and aid Nixon with reelection, as well as the subsequent cover-up. With the help of a mysterious anonymous source, Deep Throat (Hal Holbrook), and the encouragement of Washington Post executive editor Ben Bradlee (Jason Robards), Woodward and Bernstein eventually uncover the full story.

While “All the President’s Men” is significantly older than the other films on this list, it remains a noteworthy classic. Directed by Alan Pakula, the movie runs long at nearly two and a half hours total, but the culmination of Woodward and Bernstein’s work is well worth the wait. Not only is it a true story, but the investigative reporting done by Woodward and Bernstein is just as powerful today as it was in 1972.

Where you can watch it: HBO Max

Set just before the events of the Watergate scandal, “The Post” takes place in 1971 following the publication of the Pentagon Papers, top secret documents that detailed the complicated and corrupt history of the United States’ government involvement in the Vietnam War. Directed by Steven Spielberg, “The Post” provides a closer look at the true story of the newspapers involved in the infamous New York Times v. United States lawsuit.

Washington Post reporter Ben Bagdikian (Bob Odenkirk) obtains a copy of the Pentagon Papers from Daniel Ellsburg, an ex-military analyst who first illegally leaked the documents to the New York Times. Bagdikian, along with the Post’s executive editor Ben Bradlee (Tom Hanks) and other reporters, brings the documents to publisher Katharine Graham (Meryl Streep). Graham then has to make the decision of whether to publish the Pentagon Papers and risk compromising the livelihood of the paper, or to play it safe and hide the truth about the Vietnam War from the country.

Though “The Post” is less about the in-depth process of investigative journalism and more about the editors’ struggle to print the story, it is an inspirational film that stresses the importance of a free press. With wonderful acting from Hanks and Streep, “The Post” is a riveting, dramatic film from the very beginning. The final scene of the film, in particular, is the most suspenseful, showing the anticipated Democratic National Committee break-in at the Watergate, which teases the intense political and journalistic turmoil to come.

Where you can watch it: Amazon Prime Video

Also based on a true story, “Spotlight” is centered on the team of Boston Globe investigative journalists who investigated and broke the monumental story of the Catholic Church’s years of hidden sexual assault of thousands of children by priests in 2002.

The Spotlight team works tirelessly to discover the full story and publish it, despite resistance from lawyers and members of the Church. Following its publication, the story becomes a national bombshell, exposing sexual abuse by the Catholic Church all over the world and earning the Globe multiple awards and widespread recognition.

Directed by Tom McCarthy, “Spotlight” is one of the most impactful, awe-inspiring films about journalism. The Spotlight team’s skilled investigative techniques and dedication to tell the whole story is a remarkable reminder of the effect of journalism.

Where you can watch it: Netflix

“Zodiac,” a disturbing thriller about the true unsolved case of the Zodiac killer, is absolutely chilling. The 2007 film, directed by David Fincher, follows cartoonist Robert Graysmith (Jake Gyllenhaal), who works at the San Francisco Chronicle during the 1970s. The Chronicle begins receiving coded letters from the person responsible for a string of gruesome murders in the Bay Area who calls himself the Zodiac.

Graysmith takes an interest in the Zodiac and talks to crime reporter Paul Avery (Robert Downey Jr.) about the letters. Graysmith and Avery begin to investigate the killer, but Avery soon stops and moves away, paranoid for his safety. Also investigating the Zodiac are local detectives, including officer Dave Toschi (Mark Ruffalo). Working covertly with Toschi, Graysmith’s obsession with the Zodiac eventually turns into a game of cat-and-mouse with the killer himself.

The movie spans several years, starting in 1969 and ending in 1983, and is based upon the book of the same name written by the real-life Robert Graysmith. Though the Zodiac Killer has never been caught, the film is just as satisfying as it is hair-raising, and will certainly appeal to fans of true crime. “Zodiac” is a worthwhile watch and an unnerving story about the personal cost of becoming too involved in a case.

Where you can watch it: Netflix

This 2009 political thriller is located in Washington, D.C., at a fictional newspaper, the Washington Globe. Investigative reporter Cal McAffrey (Russell Crowe) begins to look into the suspicious death of Sonia Baker, a woman who was a researcher for Congressman Stephen Collins (Ben Affleck). Collins, who was having an affair with Baker, confides in Cal, his longtime friend.

Young Globe journalist Della Frye (Rachel McAdams) starts to investigate Baker’s death as well. Though McAffrey is reluctant to collaborate with Frye, the two are prompted to work together by their editor, Cameron (Helen Mirren). It turns out that Congressman Collins, a veteran, has also been organizing an investigation into private defense contractor PointCorp, questioning their use of civilian mercenaries, as well as their efforts to privatize United States security.

McAffrey and Frye follow lots of suspicious leads in order to figure out the truth about Collins’ involvement with Baker and PointCorp, and it is surprising. Throughout the movie, it’s hard to tell who the real enemy is, and the suspense is thrilling. With completely shocking plot twists and mysterious characters who aren’t who they appear to be, “State of Play” is a fast-paced thriller with an interesting storyline that also portrays the dangers of getting too close to a story.

Where you can watch it: Hulu

This 2019 drama, directed by Jay Roach, is the newest film on this list. Also based on a true story, “Bombshell” begins in 2016, during the election of Donald Trump. The movie focuses on real-life Fox News anchors Megyn Kelly (Charlize Theron) and Gretchen Carlson (Nicole Kidman), and young producer Kayla Pospisil (Margot Robbie) as they navigate the disturbingly misogynistic atmosphere of Fox, which reaches a boiling point after Carlson comes forward with allegations of sexual harassment against network head Roger Ailes (John Lithgow).

The title of the film reflect’s Carlson’s actions, which send shockwaves through the environment of Fox: soon after she sues Ailes, dozens of women speak out against him and the culture of silence at the network. This quickly becomes a nationwide scandal and eventually reaches the people at the top of Fox News.

“Bombshell” isn’t a spectacular film, but it has a consequential impact on viewers. By highlighting a serious, overlooked issue that was covered up for years by the men in charge of one of the most prominent media companies in America, “Bombshell”’s message is shocking and clear, and the acting by Theron, Kidman, and Robbie is worth the watch.

Where you can watch it: Amazon Prime Video

While “The Morning Show” isn’t a movie, this 2019 television series highlights one of the most pressing issues in the workplace, specifically in the world of morning television. Complete with a star-studded cast including Jennifer Aniston, Reese Witherspoon, Steve Carell, and many more, “The Morning Show” is similar to “Bombshell” in that it highlights an environment of sexual harassment and the silencing of its victims.

Mitch Kessler (Carell), the beloved anchor of a prominent morning news show, is fired due to allegations of sexual harassment. His co-anchor, Alex Levy (Aniston) has to deal not only with the repercussions of Kessler’s actions, but also the arrival of a new co-anchor and spirited reporter, Bradley Jackson (Witherspoon). While “The Morning Show” takes place at a fictional news network called UBA, it isn’t hard to piece together the uncanny parallels to reality, namely the actions of former NBC anchor Matt Lauer, to whom Carell’s character is eerily similar.

Of course, the truth is much more complicated than it seems, and each character has secrets and important backstories that all come into play in unexpected, thought-provoking twists and turns. With a layered plot, phenomenal performances, and complicated characters, “The Morning Show” is an explosive must-watch.

Where you can watch it: Apple TV