Sizzling steaks and crusty bread: The science of the Maillard reaction 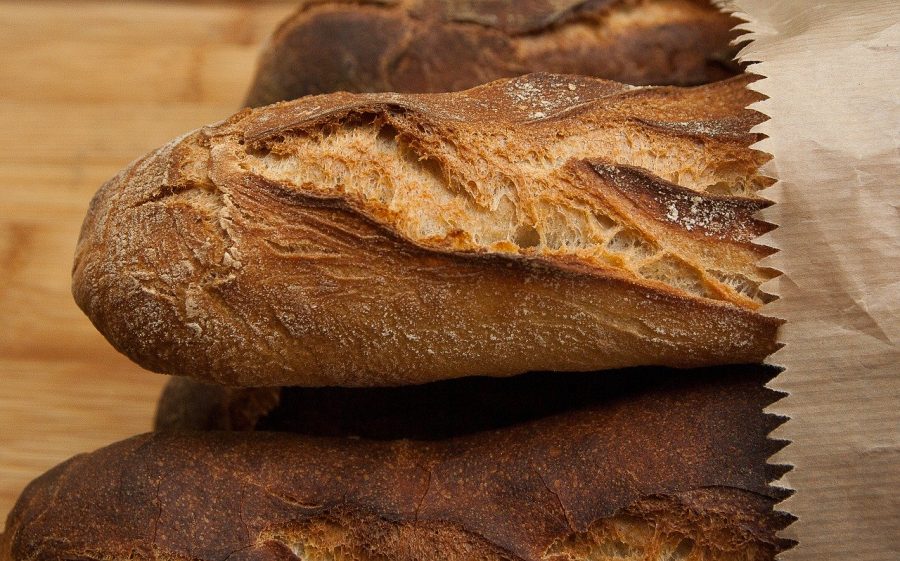 The Maillard reaction is responsible for the browning and flavor compounds in many foods, including bread.

Imagine a freshly baked loaf of bread — but without its golden-brown crust and nutty, malty flavor. Imagine a thick, hefty steak — but boiled instead of seared until deep brown. Finally, imagine a steaming cup of coffee — but lacking its characteristic roasted, earthy aroma. Luckily for our nostrils and tastebuds, none of these scenarios are a reality, thanks to one remarkable feat of chemistry: the Maillard reaction.

The Maillard reaction is responsible for many of the color and flavor changes in cooking. It is a form of what is called non-enzymatic browning, meaning that it does not involve the activity of enzymes. (Contrast this to an apple slice turning into a regrettable shade of brown due to oxygen in the air reacting with the enzymes within it.) Instead, as Julia Moskin of the New York Times puts it, the Maillard reaction is “the explosive meeting of a carbohydrate molecule (which may or may not be a sugar) and an amino acid in a hot, dry environment.”

The name Maillard reaction, singular, is actually kind of a misnomer. Really, the reaction is a combination of many complex reactions that can result in hundreds of different flavor compounds. As explained by Chemical & Engineering News, the exact compounds that are produced depend on the chemical composition, temperature, moisture level and pH level of what is being cooked, plus a whole host of other factors.

But, breaking it down simply, there are three main stages of the reaction. First, the carbonyl group — a carbon atom double-bonded to an oxygen atom — of a carbohydrate molecule reacts with an amino acid to produce water and an unstable glycosylamine compound. Next, this glycosylamine is rearranged into something called a ketosamine. Finally, this ketosamine undergoes even more reactions and produces many different compounds, some of which are responsible for the flavors, color and aroma associated with the Maillard reaction. For example, one of these potential final compounds is melanoidin, which gives what is being cooked a brown color.

What is interesting is that while the reaction can happen at room temperature, it does so very, very slowly; most food would spoil before the desirable browning and aroma changes of the reaction actually occur. Rather, according to Chemistry World, the Maillard reaction does not noticeably happen until about 250°F, which is why boiled meat turns gray instead of dark brown — it can only become as hot as the 212°F water that it is boiling in, so the delicious Maillard browning reactions are never activated. On the flip side, the higher the temperature, the faster the reaction occurs, but it does have a limit. At around 350°F, the food being cooked will start to turn from brown to charcoal black; in other words, it will begin to burn.

The Maillard reaction is just another reminder that at its core, cooking is a fascinating and complex science in its own right. By understanding what goes into making our food taste good, we are one step closer to unlocking the secret to the tastiest bread, steak or coffee yet.