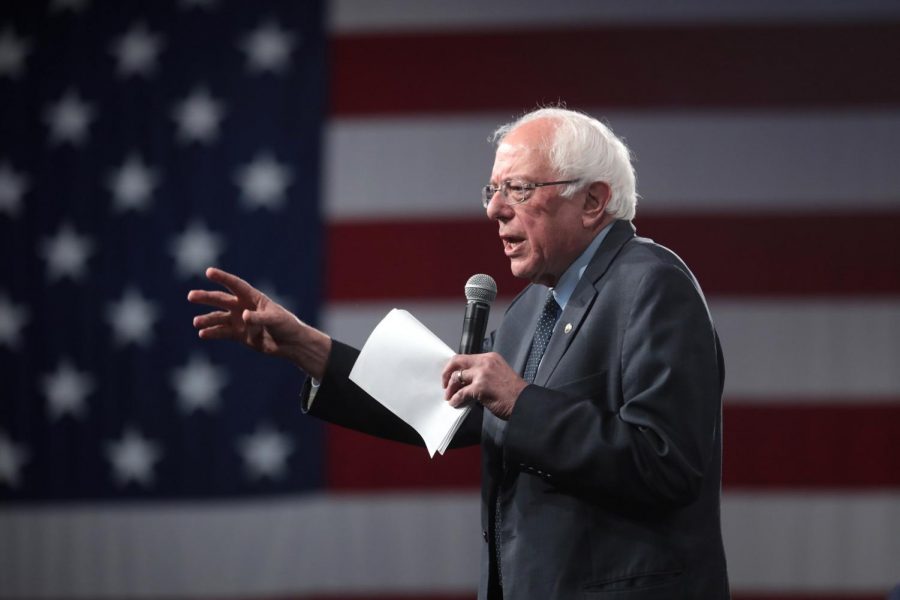 The media and public are searching for a nominee that can beat Donald Trump in the 2020 presidential election. Biden is praised for this in that he claims his platform has centrist policies whereas Sanders is considered to be a far-leftist, eventually leading to Sanders’s downfall as he dropped out on April 8, 2020. However, what America needs to realize is that Sanders’s policies are representative of what other first world countries already have and is why he should have won the nomination.

Democrats believe that Sanders has deviated away from the true ideals of the Democratic Party. However, his platform, as stated on his website, included LGBTQ+ rights, gun control and the Green New Deal, among others all of which are the main fighting points of the Party. What makes Sanders stand out as a “far-left liberal socialist” are his popularized stances on Medicare-for-All and free public college. As radical as these ideas may seem to some, they are systems that have already been implemented in many parts of the developed world with widespread success.

Many argue that universal healthcare is not financially feasible, leads to longer wait times, or decreases crucial research. However, according to the Commonwealth Fund, a research group on healthcare policy, the United States spends approximately over $10,000 per capita on healthcare and has an overall worse healthcare system than Australia, Canada, Germany, the Netherlands, New Zealand and the United Kingdom—all of which have universal healthcare at much lower costs. Universal Healthcare is not meant to bankrupt the country, but instead provide necessary healthcare to those who cannot work, do not have medical facilities nearby that accept their insurance and those who avoid seeking crucial care and medication out of fear of the extremely high costs.

Attaining a higher education has become increasingly important. According to Inside Higher Ed, in 2016 about 70 percent of high school graduates immediately went to college. However, the costs have also skyrocketed and according to Investopedia, in 2018 the average student loan reached an all-time high of $35,000. As a result, approximately 45 million Americans owe about $1.6 trillion in student loan debt. Even worse, these figures will only continue to grow as younger generations continue this trend of piling on debt which will follow them for the rest of their life.

The solution to this national crisis is Sanders’ tuition-free public college plan which would cancel and lower the interest rates for crippling student loans. All of these initiatives would put a huge dent in America’s student loan crisis and ensure that it never occurs again in the future. Once again, other countries already have either free or low-cost college tuition. A 2017 study by the Organization for Economic Co-operation and Development (OECD) found that the US has the highest average tuition costs of the 35 OECD member countries at about $8,000 per year.

Regardless of what certain issues are labeled as, Sanders’s influence has shifted the moderate stance to be far more leftist than previous years’ nominees. He has influenced everything from the wealth tax to climate change. For example, Biden’s proposed tax increases of about $3.4 trillion over a decade are more than double what Clinton was advocating in 2016, while Buttigieg’s were more than quadruple according to a New York Times article. These proposals are far from what moderates supported just four years ago.

According to the same article, though Buttigieg, Klobuchar and Biden all promote a moderate stance, their actual platforms are fairly progressive. Biden declared that the Equality Act, which protects the LGBTQ community, is his top priority and that he would extend health care benefits to undocumented immigrants. According to the NYT article, he said he wanted to spend $750 billion on Obamacare over a decade, $750 billion on education and $1.7 trillion on a climate plan.

These are initiatives that Sanders has been advocating for since the beginnings of his political career. Biden keeps clinging onto the pretense that he is a moderate and will fight to balance conservative and liberal ideals, whereas Sanders is proud to be called a socialist. Yet, it is blatant that Biden’s platform will not coincide with that of Republicans, especially with increasing partisanship.

Furthermore, it is more than clear that Sanders would have been the best option to face off Trump. The image of a more moderate candidate failed in 2016 and will fail again. This is because while Biden primarily appeals to the Democratic Party, Sanders had a much higher chance of bringing in independent voters in the general election. The increase in votes for Green Party supporters was greater than Trump’s margin of victory in Michigan and Wisconsin in 2016, and Sanders’ radical policy on climate change offers promising results for bringing these voters back to the Democratic Party. Moreover, according to a Reuters/Ipsos poll, while only 28 percent of independent voters support Trump, Sanders held 46 percent among this demographic.

Sanders is the president we need. He understands the underlying problems of this country and knows that these “radical” changes need to have already been happening. He can take a firm stand on his beliefs and lead with drive and motive. When many parts of the world have already achieved basic standards of living that America is still struggling to reach, we need to start looking towards big changes and Bernie Sanders is the one to hold that promise.