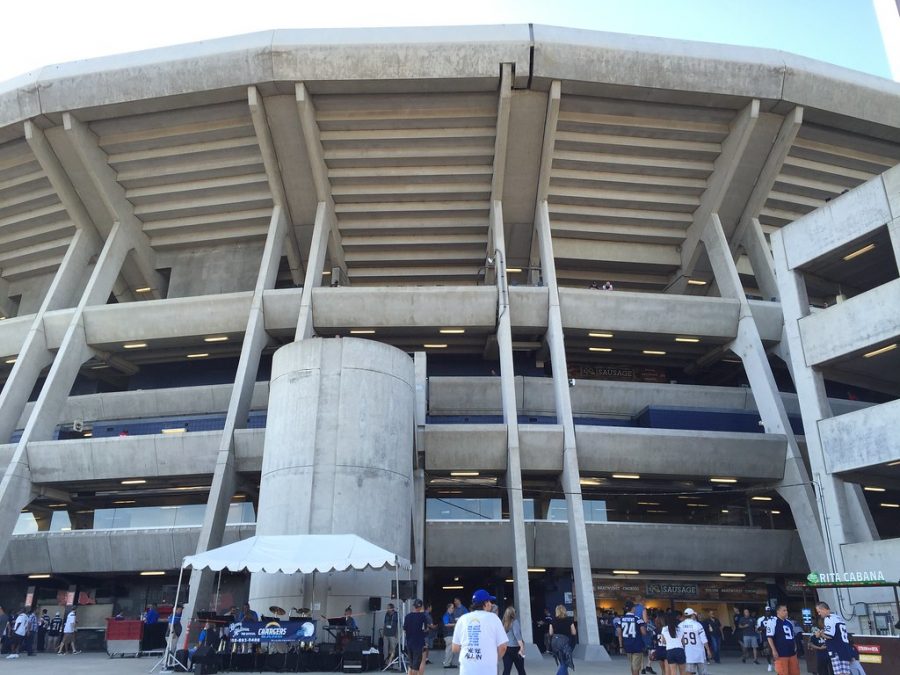 The NFL has experienced a shake up in the off season due to the amount of trades and free agencies.

Despite the recent wave of national sports leagues shutting down, one thing that’s kept fans excited is the recent arrival of NFL Free Agency. With dozens of transactions made in just the opening days, here are five key observations.

The most notable story at the end of the 2019 season was the surplus of talent entering free agency at the quarterback position. While Ryan Tannehill and Drew Brees locked down their futures with the Tennessee Titans and New Orleans Saints, respectively, Teddy Bridgewater made the switch to be the Carolina Panthers’ new franchise QB. Longtime Chargers QB Philip Rivers parted ways with the Los Angeles Chargers and headed to the Colts, while the Jaguars shipped off former Super Bowl MVP Nick Foles to the Chicago Bears. Most notably, however, was the departure of Tom Brady from the New England Patriots, choosing to continue his legendary career with the Tampa Bay Buccaneers.

With the departure of Brady, the AFC East is now an open race. The Buffalo Bills, after narrowly missing out on the division title, now have a chance to take it all with the additions of star wide receiver Stefon Diggs and another solid pass rusher in Quinton Jefferson. The Miami Dolphins added former Pro Bowl running back Jordan Howard and a revitalized Ereck Flowers, while the defense was completely revamped. The addition of Byron Jones gives the Dolphins a deadly combo in the secondary with star corner Xavien Howard, while stealing Kyle Van Noy away from the Patriots bolsters the team’s linebacker corps. With the Patriots staying relatively quiet thus far, a new division leader may emerge in 2020.

Coming off of a disappointing 2019 season, the Los Angeles Chargers went all out in free agency. They first traded a solid lineman in Russell Okung for an even better lineman in 5-time Pro-Bowler Trai Turner. They further strengthened the offensive line by signing Bryan Bulaga, one of the best right tackles in football when healthy. With an already formidable secondary, the team added Chris Harris Jr. to pair him with Casey Hayward and Desmond King, while adding Linval Joseph will reinforce the Chargers’ run defense. While the Chargers have always had one of the most talented teams in football, staying healthy will be another issue. If that does happen, the Chargers will have no problem returning to the postseason in 2020.

It’s hard to imagine a team falling harder after a Super Bowl appearance than the Los Angeles Rams (the post-2015 Denver Broncos are in the running for that). The team lost linebackers Dante Fowler and Corey Littleton to free agency, and they cut veteran Clay Matthews, further depleting their linebacker corps. The loss of Michael Brockers will also hurt the defense, and with the retirement of star safety Eric Weddle, the team has no depth on the defensive side of the ball. In a shocking turn of events, the team cut star running back Todd Gurley, effectively closing the team’s once-promising Super Bowl window.

In recent history, the AFC South has been one of the most competitive divisions in the league. While the Titans and Colts look to be set for the time being, one can wonder what the Jacksonville Jaguars and the Houston Texans are doing with their teams. In one of the worst trades in recent history, the Texans traded DeAndre Hopkins, unquestionably a top-3 receiver, for struggling Arizona Cardinals running back David Johnson. To replace Hopkins, the team picked up Randall Cobb to pair him with Kenny Stills and Will Fuller. Unfortunately, this move also made absolutely no sense, as this leaves Houston with three slot receivers and no true alpha at one of the most important positions in football.

For the Jaguars, the team has experienced a collapse like no other since their 2017 AFC Championship appearance. After another abysmal season, the team’s once-dominant “Sacksonville” defense has all but disappeared. The team traded star defensive players AJ Bouye and Calais Campbell to the Denver Broncos and Baltimore Ravens, respectively, but gained little in return. Despite the signings of linebacker Joe Schobert and cornerback Darqueze Dennard, it’s hard to imagine the Jaguars doing much better in 2020.