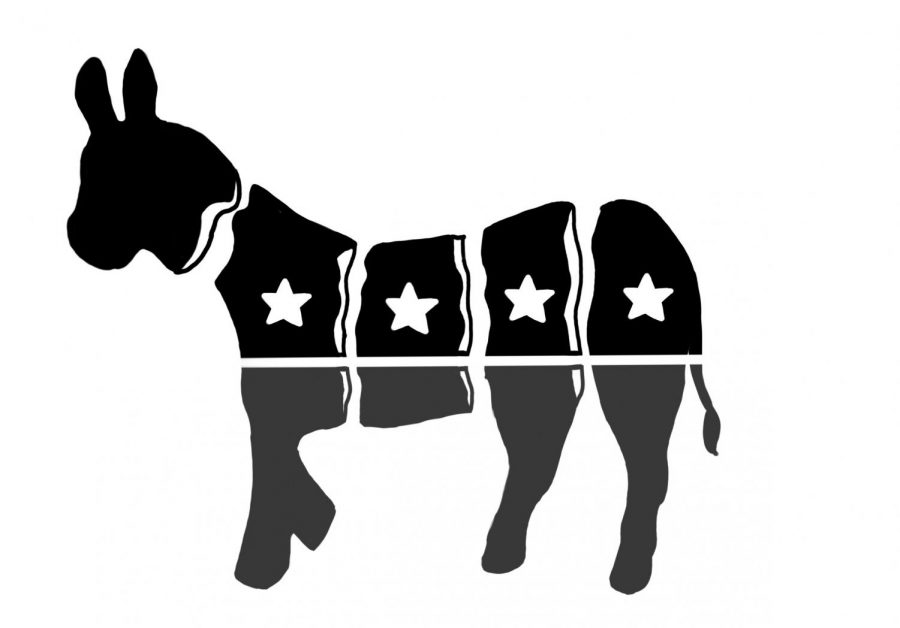 In the latest Democratic race for the 2020 presidential nomination, there appears to be a strong divide between front runners Joe Biden and Bernie Sanders.

“The Democratic Party seems to be experiencing a bit of an internal battle between those who advocate for policies that are more moderate and those that are extremely progressive,” Government teacher Bill Vicari wrote through email. “Ultimately, unifying behind the eventual nominee will be critical for them.”

Joe Biden is recognized for his former vice presidency of eight years under President Barack Obama. Before entering the White House, he represented Delaware in the Senate for 36 years. During this time, Biden focused largely on foreign relations and drug policy. Through his membership in the International Narcotics Drug Control Caucus, he led the writing of new law that established stricter oversight of drug control policy.

Biden also voted for the invasion of Iraq. In a later speech to graduates of University of Delaware, he said, “The legitimate reason for going into Iraq, was he [Saddam Hussein] violated every single commitment he made and warranted being taken down.”

In 1988, Biden ran for president, but dropped out after the public recognized his plagiarism of British Labour Party leader Neil Kinnock’s speech. He also claimed to have been arrested in South Africa for activism. In response to fact checkers finding holes in his narrative, Biden said, “When I said arrested, I meant I was not able… to move … I wasn’t arrested, I was stopped. I was not able to move where I wanted to go,” according to CNN.

Bernie Sanders served as the mayor of Vermont’s capital for eight years, a representative in the House for 16 years, and a senator for 18 years as an independent. He ran in the 2016 Democratic presidential nomination.

A self-proclaimed democratic socialist, Sanders founded the Congressional Progressive Caucus during his time in the House of Representatives. He opposed war in Iraq and continues to be a proponent of socioeconomic reform through taxing the wealthy and assisting the poor.

In his younger years, Sanders was an active participant in social issues. A Chicago Tribune archival photo shows him getting arrested near the University of Chicago for refusing to curb his civil rights activism.

Many believe Sanders to be too radical because of his socialist label. Opponents of his far-left stance have criticized his praise of Fidel Castro’s literacy programs. In an interview with USA Today, Yuleisy Mena, a Cuban American high school history teacher in Florida, said , “You can’t divorce it [Castro’s literacy campaign] from the political agenda that Castro had.” Reminded of indoctrination, many Hispanics and Cuban Americans in Florida are skeptical of socialism.

Their platforms: A comparison

For health care, Biden remains with Obama’s Affordable Care Act, and proposes to fund the act by increasing taxes for the wealthy. Sanders’ platform regards health care as a human right: He proposes a single-payer Medicare for All system that insures free comprehensive health service to all Americans.

On education, Biden plans on increasing funds for schools in low-income areas, helping educators pay off debt and doubling the number of health professionals in schools. Biden leaves the bulk of financial logistics to school districts. Sanders advocates for a $60,000 salary floor for teachers, free meals and free college, which he plans on funding by increasing taxes on the wealthy.

On immigration, Biden proposes $4 billion in aid for Central America to decrease migration to the USA. While he aims to reverse many of President Trump’s immigration policies, Biden believes that documentation should remain necessary for those seeking asylum. Sanders’ platform calls for a moratorium on deportations and the construction of the border wall. Sanders also wants to end family separation and welcome at least 50,000 migrants to the U.S. in his first year in office.

Many believe that relative centrist Biden will defeat Trump, but others see greater potential in Sanders’ promise for a political revolution. “It’s no surprise that Trump seems to want a match-up with Sanders,” Vicari wrote through an email.

At first, it seemed that Sanders was in the lead, after success in Iowa, New Hampshire and Nevada. However, after a large 48.4 percent win in South Carolina, Biden gained new momentum that continues to put him in the lead today.

On March 3 – or “Super Tuesday,” for the 14 states at stake – Biden again took the lead. He won over the south and defeated Sanders in Texas, which was highly anticipated for its 228 available delegates. Sanders took only four states, including California.

In the second Super Tuesday of March 10, Biden defeated Sanders in Michigan. He took five states, while Sanders took North Dakota. Biden again took the lead in all three primaries in Florida, Illinois and Arizona.

How should RM high schoolers, as new or future voters, consider their role in the voting process? “The most important thing is to first of all register to vote, then carry out your responsibility as a voter by staying informed,” Mr. Vicari wrote. “[Choose] reputable media sources for information (not politically biased 24-hour news networks or websites), and [pay] attention in your government classes!”

Maryland’s Democratic primary has been postponed to June 2 due to concerns of COVID-19.