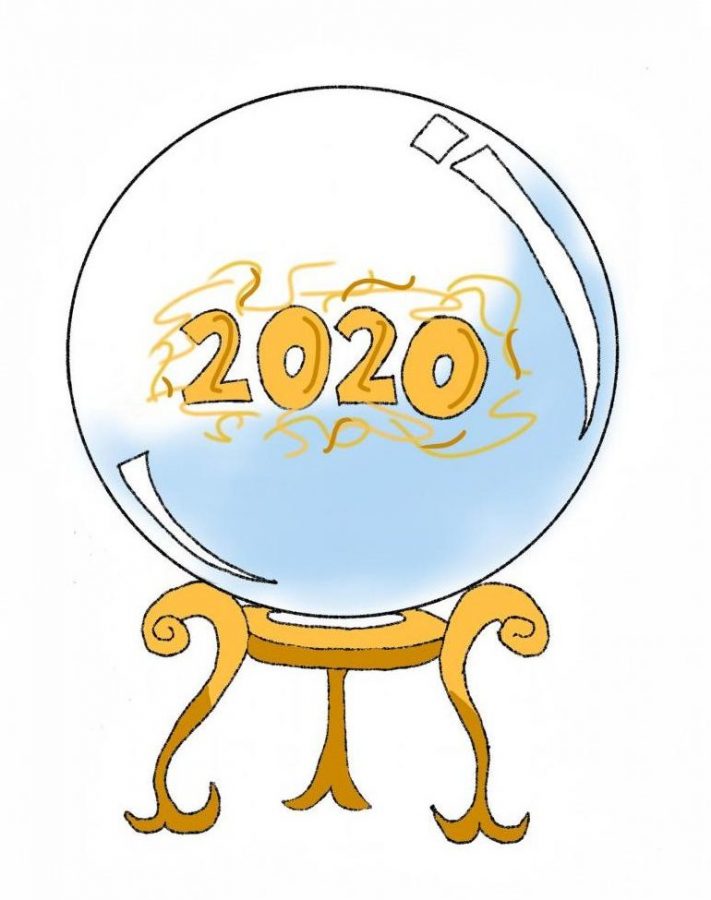 Eddie Fang, freshmen: “I guess, I predict that global warming and other environmental issues will be fully recognized around the world, and that there will be a global effort to solve these problems as soon as possible.”

Sareet Nayak, senior: “It would be pretty darn cool if Elizabeth Warren was president.”

Nick Asante, junior: “I predict that I’ll finally get my license after two years, and hopefully the government will start caring about climate change.”

Ayesha Khawaja, senior: “I predict that more movie sequels will be made, and I predict that we’ll be very politically polarized with the upcoming election. Students will increasingly become more politically active with issues such as climate change, health care, and gun control.”

Jason Hu, junior: “Maybe we’ll have a ton more snow days in 2020, I don’t really know. But, more snow would be a nice break from school.”

Justin Pham, sophomore: “I predict that the world will continue to suffer from the effect of climate change. It is no surprise that natural disasters continue to happen especially given the governments of most of the global powers. There has been a steady rise of right-wing extremism, as well as a wave of anti-climate change sentiments in the government, supported by the big-money and corrupt natural-gas companies who seek to suppress efforts to combat climate change through the lobbying of government.”

Jordan Weiss, sophomore: “I think that my life is going to go uphill and we will have a Democratic president, hopefully.”

Alex Concaugh, senior: “I’m going to become the best, no one can stop me, and the world is going to get destroyed. Life is meaningless and everything is pointless.”

Kara Venditti, sophomore: “I predict that the price of water is going to go up.”