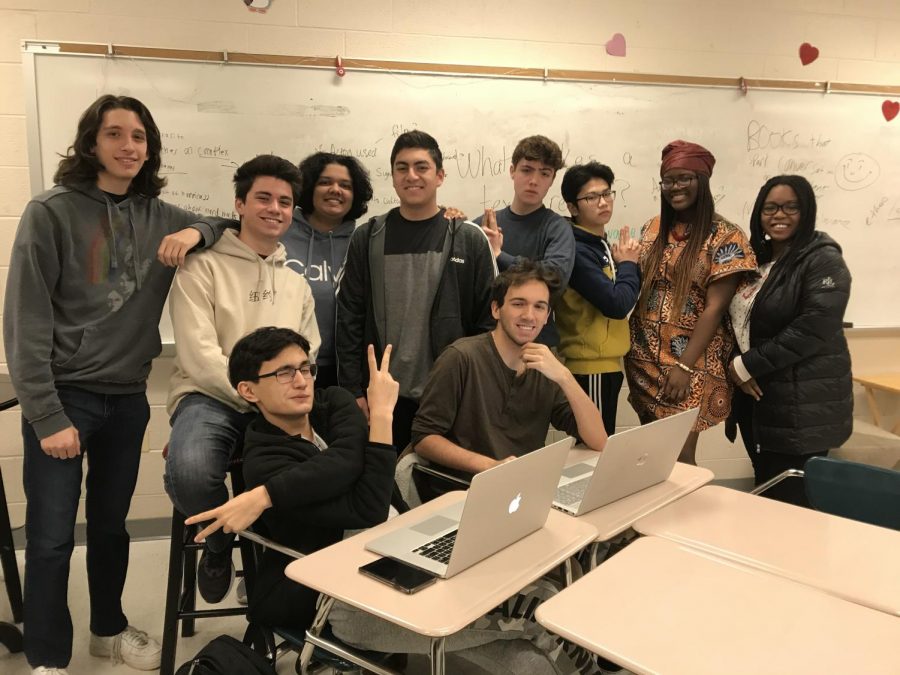 The club’s goal is to expand the schoolwide appeal of film as an art form. “Everyone knows what movies are and most people love movies in general, but we want people to take a better look at it because anyone can be a filmmaker if they really try to,” senior Gianluca Umana said.

The founders were inspired by a class outing for IB Film where students screened and discussed Todd Phillip’s “Joker.” The club organizes outings to the nearby Regal movie theatre where they watch recently released films; they plan to tackle Sam Mendes’ “1917” next. After these outings, the club engages in discussion on director’s intent, cinematography, editing and a film’s overall meaning. “Looking at it from that end is a lot more productive and you get a lot more out of it,” Umana said.

The club is sponsored by the IB Film teacher, Mr. Michael Arenas, and allows students to look at film more personally, outside of the strict IB curriculum. “If we have an idea for a film and we don’t think it will meet the requirements we’ll say ‘Oh, this is for Rocket Studios,’ so it’s like a back pocket where we can have fun on our own terms,” senior Elizabeth Haupt said.

The club has ambitious plans, including a major film project. “We’re trying to get the best of anyone who’s interested in roles like cinematographers, directors and actors and we’re trying to make one big, long student film that we have this grand vision for,” Umana said. They also want to arrange a student film festival, with awards in the same categories as the Academy Awards.

At the moment, though, the club is taking steps to enlist younger members who they hope can keep the club going in the coming years. “We are always looking for new members to join us, regardless of what grade level you’re in,” senior Kevin Hrozencik said.