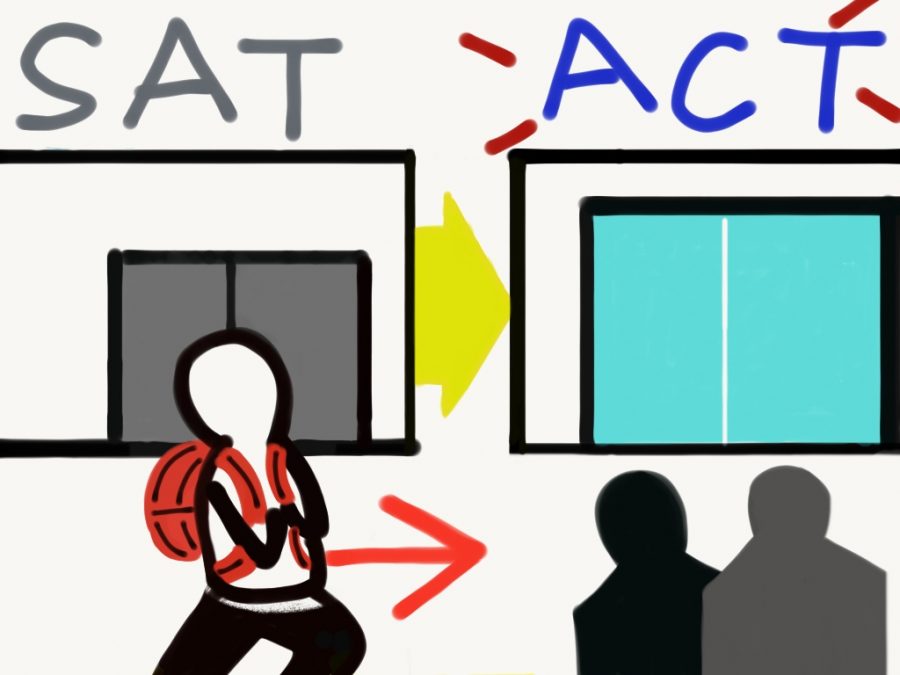 Recent data from MCPS’s class of 2019 show that the average SAT score has decreased, while participation has increased. According to The Sentinel, scores averaged 1119 points out of 1600, a 41-point decline from last year. Nevertheless, MCPS remains above state and country averages.

The Sentinel reports that the decrease in the average score of the SAT is likely a response to an increase in its availability. In 2018, MCPS and 15 other counties in Maryland commenced in-school SAT testing. As a result, MCPS had 75.6 percent of students overall taking the SATs in 2019.

For minority groups within MCPS, local DVM reports saw an 11 percent and 18 percent increase in African Americans and Hispanic and Latino test-takers, respectively. “1100 new students participated in the SAT this year that didn’t have access to it last year because of barriers of potential income, or other barriers,”  MCPS Chief Communications Officer Derek Turner told Local DVM. “The increase was more significant for our communities of colors and students impacted by poverty.”

However, it remains a question whether English-language learners have an equal chance with standardized testing. “For many English-language learners, the ACT seems to be the better fit of an assessment because it allows them to utilize their accommodations for language,” Ms. Phillips said. “I’d like to see students have the best fit for their needs, whether it’s their learning needs, or their language needs, to show colleges what they know, to show college readiness.”

However, many students do not think that the standardized testing system of the SAT and ACT is fair. “To study for these tests, you have to actually buy a lot of textbooks based on the SATs,” sophomore Lauren Ryals said. In 2014, the Washington Post reported that students from families earning $200,000 or more a year averaged in a score of 1714 out of 2400 on the old SAT, while those from families earning $20,000 or less had an average of 1326. These test preparation, scores show a direct correlation with income.

In fact, some students believe that the system is not only biased towards the upper and middle classes, but the corporation itself is exploiting students through the SAT and ACT for profit. “I think greed for money by the College Board might play a role,” junior Aries Wang said.

For these reasons, the call for a change in the college admissions system has gradually grown louder over the past few years. According to USA Today, advocates filed a lawsuit against the University of California this past November, claiming that UC’s requirement of SAT and ACT scores in admissions was unjustly discriminatory against those of low socioeconomic status.

Attorney Alisa Hartz, the leading lawyer on the case against UC, affirms that the standardized tests are inherently biased. “These tests are incredibly sensitive to socioeconomic status and race and have nothing to say about the individual,” Hartz said.

Robert Schaeffer, director of the National Center for Fair and Open Testing, stated that California’s decision to take down this requirement could result in major national changes. “If UC goes this way, it could have a huge echo effect,” Schaeffer told USA Today. “Ultimately, having your school be test-optional empowers students to put their best foot forward.”

College Board responded by denying the biased nature of their tests. “The notion that the SAT is discriminatory is false,” the company told USA Today.

In general, many want to see less value placed on test scores in admissions. “I’d like more opportunities for students to be able to maybe present a portfolio,” Phillips said.

Many believe it is important to begin navigating the college system by finding and exploring one’s passions, rather than becoming a standardized test robot. “I think it’s important for students to start thinking by taking these interest inventories so that they can start seeing careers and areas of study that connect to their strengths,”  Phillips said. “I just want students to find their passion and go for it, and not have any regrets.”