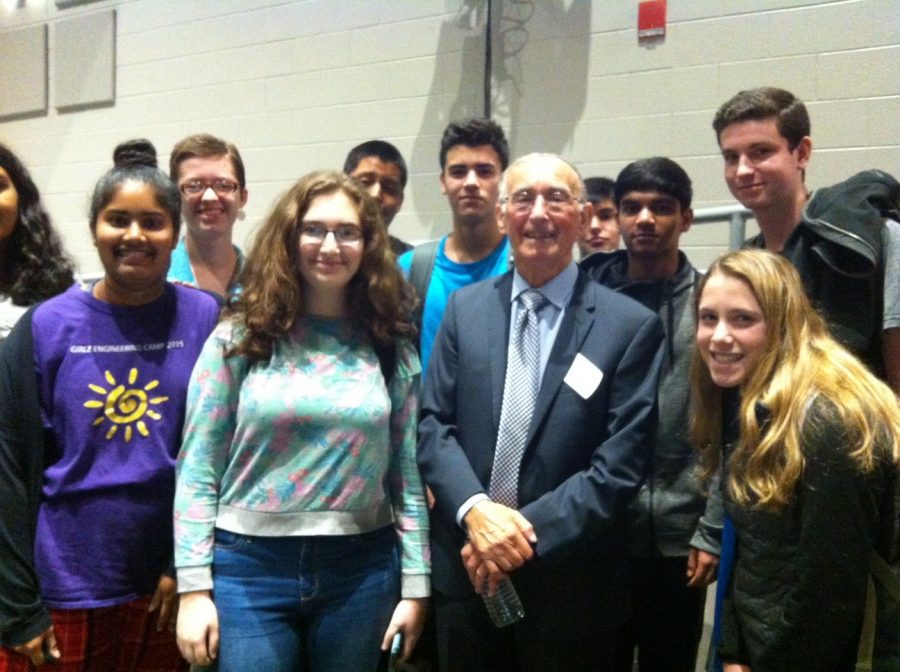 Students pose with Marty Weiss after his presentation on the Holocaust.

This past October, the Maryland State Legislature debated over new requirements on Holocaust education. While the bill did not pass in the recent General Assembly, it still has the potential to be an important change to the Maryland Curriculum in 2020.

The proposed bill would make specific changes to all 24 counties in Maryland. According to the Maryland State Department of Education, the bill would mandate that middle school students be taught the history of anti-Semitism and high school history classes will have increased Holocaust instruction.

However, some state education officials disagree with the bill on the grounds that the Maryland State Department of Education would have been better suited for mandating these sort of requirements.

Despite this, many students support the change and see the current coverage of Holocaust history as lacking. Junior Sarah Molot, the co-president of the Jewish Student Union, said, “The only time we really went into it, we just barely touched on it during U.S. history where we discussed World War II. But it was more like ‘that happened,’ not diving into why it happened or how it happened, or what it entailed.”

Students also support the possible change in curricula to teach about the causes and effects of the Holocaust beyond World War II. “I think [Holocaust Education] should be codified into law nationally…there’s no way to learn about a single event without learning why it happened,” Molot said.

However, others feel that established changes to the curriculum have already made progress. “I think that the one that we have now adequately covers [the Holocaust]. We had a revised curriculum starting last school year, in the 2018-19 school year, that changed it a little bit, and I think that it better covered the Holocaust than that of previous years’ curriculums,” social studies teacher Christopher Hinsvark said