B&G: Should we be concerned about coronavirus?

COVID-19, more commonly known as coronavirus, is a novel air-borne illness that has been spreading rapidly across Asia, inspiring not only quarantines and a global health emergency, but also social media hysteria and subtle racism. Does coronavirus really warrant this much concern in Montgomery County, Maryland? Read both sides to learn more: 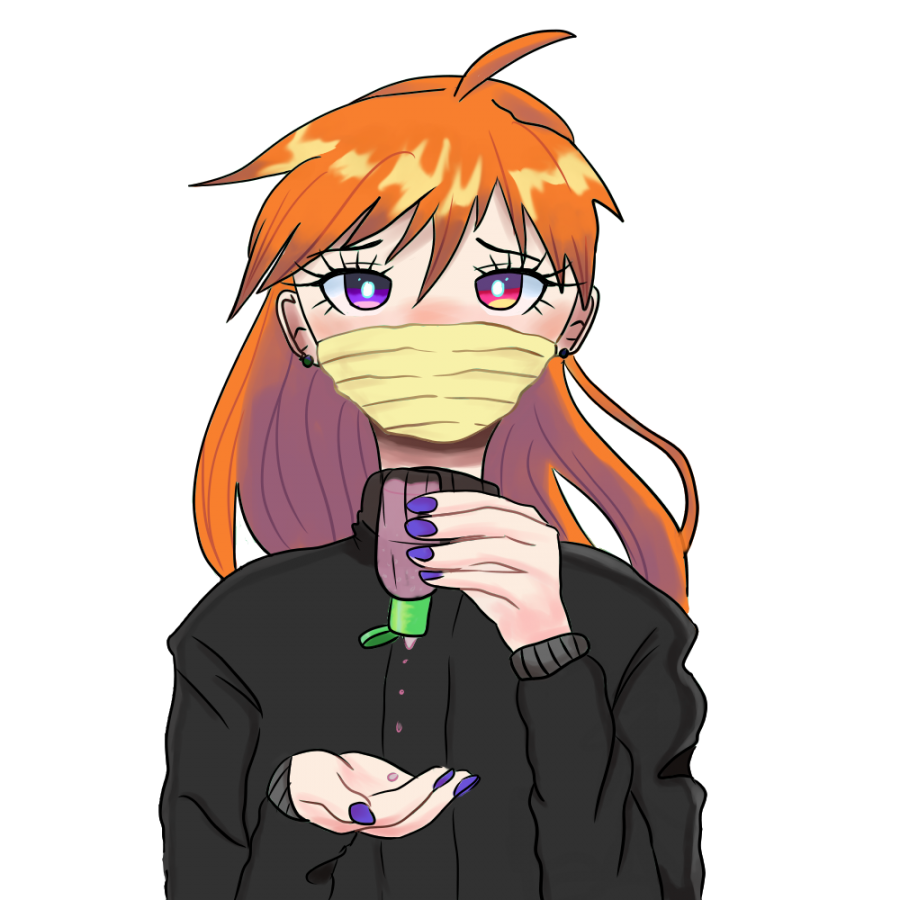 The coronavirus has been declared a worldwide health emergency by WHO.

Yes, it is a serious threat we should be worried about

The coronavirus outbreak has been the most pervasive international story of the past few weeks. Beginning in Wuhan, China in Dec. 2019, COVID-19, better known as coronavirus, has spread exponentially in recent weeks with almost 12,000 cases in China. The United States has restricted entry of Chinese nationals as a precaution against the virus, quarantined any travelers from Wuhan for two weeks and worked day and night across the country to snuff out possible cases here in the U.S.

Many prominent pundits have argued that this is not a serious concern in the U.S., considering that almost all cases are outside the country, and the strain is not particularly dangerous when compared to more common viruses like the flu. However, disregarding virus outbreaks around the world is harmful, especially considering the ever-increasing prevalence of global travel.

While this case originated in China, likely from eating cuisine found in a wild animal market, governments in the U.S. and China are already taking precautions against the virus. China has quarantined over 50 million citizens in and around the city of Wuhan, closing schools in the area and halting most business. The U.S. has issued a strictest travel advisory against trips to China, advising Americans in China to leave as soon as possible.

These do not sound like precautions taken against a trivial matter.

One might point out that statistics regarding the outbreak are not as extreme as those of the flu, but this fails to recognize that the coronavirus is concentrated in a smaller area of the earth, and is not yet a virus pervasive throughout the world.

Furthermore, despite the high-quality care in Wuhan, a developed city, elders and people with health conditions are dying at a concerning rate. While some may argue that the virus is not a direct threat toward healthy individuals, catching the virus makes those around you extremely vulnerable.

In addition, the lack of worry for the elderly and children is ethically and morally untenable. There is no excuse for any flippancy toward this epidemic. Due to the lack of research regarding this new virus, there is also obviously no vaccine, meaning everyone, young and old, is susceptible to catching the virus. Meanwhile, there is realistic concern from the medical field that the coronavirus will evolve into a seasonal global illness, like the flu.

There is also the rising concern that the Chinese community government is downplaying the mortality and infection rate from the disease as they have an incentive to suppress the real statistics in order to maintain a facade of composure on the international stage. On December 30, Chinese doctor Li Wenliang first blew the whistle after identifying cases of the virus, and was reprimanded by the Chinese government and forced to denounce so-called rumors. He later died of the virus himself, after being among the few to combat the epidemic in its early stages. The Chinese government’s disregard for the initial information and ignorance to the virus’ severity naturally makes us wonder what else they are hiding from the public.

While there’s no need to panic—the coronavirus is not currently an imminent threat in the U.S.—that does not mean we are perfectly safe. Any virus outbreak starts with a few cases, and the benefits of taking a few extra steps to avoid a virus far outweigh the inconvenience it may cause.

The general sentiment about the coronavirus around RM seems apathetic. Freshman Nishan Abeywardena said, “I’ve heard of the confirmed cases, on the west, but not so much on the East Coast, so I’m not particularly worried.” Most people will not be concerned about a virus until it is close to home. However, we ought to remember that symptoms of a virus will not arise until after a latent period of a few days.

Confirmed cases are a good metric, but they are simply those which are reported and confirmed by a medical professional. This demands vigilance, not apathy. “I would feel like it poses a danger if there were confirmed cases in closer states, like Virginia, Pennsylvania, or Washington DC,” Abeywardena continued. We never know, one such case might arise tomorrow.

Protecting yourself against the coronavirus is as simple as preventing the flu, for now. Wash your hands often, and cover your mouth when sneezing.

As of Feb. 10, the death count is up to over 900, and that’s just what has been reported. This outbreak came from a lack of vigilance and caution about the constantly mutating virus. We have seen how stifling news of a virus has caused a mass outbreak in China. Let us not make the same mistake. 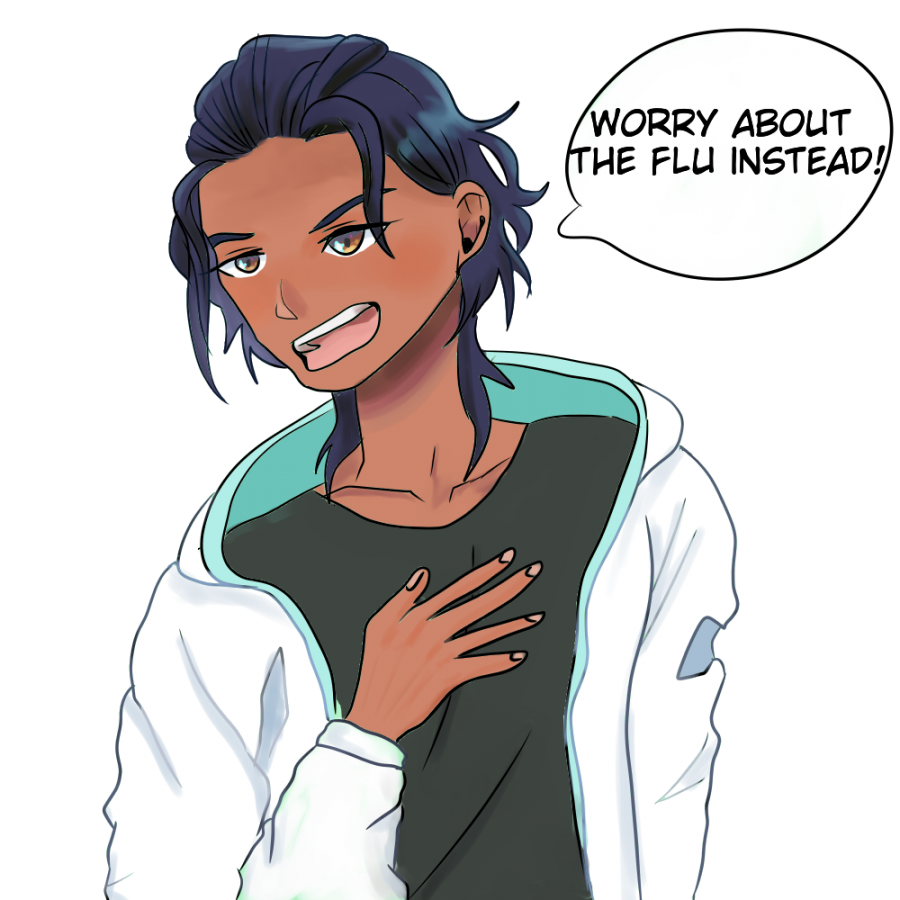 The common flu has a higher death toll than the novel coronavirus (COVID-19).

No, social media contributes to an unnecessary hysteria

Ebola, SARS, the swine flu: these diseases have all been a source of international fear at one point. When a massive outbreak occurs, the media obsessively covers it for some time before moving onto fresher news. The new hysteria this time around is the COVID-19, otherwise known as coronavirus, with constant coverage by social media, news outlets, and newspapers that primarily provide clickbait.

Sophomore Eugene Kimelman said, “I don’t see why it’s such a hysteria in the U.S. Until we find a way to deal with it, it’s a good idea to be careful, but what people are saying now is ‘oh my god we’re going to die,’ but we’re not.” The Center of Disease Control have even announced that the outbreak is not a threat to the average American.

To put the coronavirus in context, in 2015, Ebola was the new disease everyone was frantic about, and hundreds of news stories covered the latest updates on the disease though the news naturally died down. Even though Ebola is still an issue in some African countries, people have naturally moved on from the incident as it no longer pertains to their daily life. The same cycle is happening with the coronavirus where people in the US are in hysteria when they have no reason to be.

The novel coronavirus is a serious illness, however, but the media is blowing the problem out of proportion, causing more harm than benefits. The virus is mostly contained in Wuhan, China by quarantine, and hospitals are working day and night to treat patients. Precautionary measures have also been taken in various countries to screen possible infected people and to bring back citizens of their own. Even with all these precautions, the media only wants to emphasize the negative aspects of the virus instead of assuring readers that there isn’t any significant cause for alarm.

These irrational fears are also due to a lack of information on the novel virus. Due to this, there has been a vast spread of misinformation in the media which causes people to question whether or not what they know is true. Sophomore Rebecca Halper said, “I think it depends on where the media is getting their information from because if it’s from some random person’s social media then that’s not reliable. The media is just trying to stir people up.”

This has already occured when a twitter user shared a video that stated the virus could have spread from bat soup which is supposedly “a delicacy” in Wuhan. This video has been confirmed false as it was not even filmed in China, and the soup is not considered a delicacy in the region.

Unfortunately, so much emphasis has been put on where the virus originated from that it has begun to be associated with Chinese people. An article from PRWeek states, “Where most countries in the throngs of a crisis…people attract sympathy and well-wishes online, Chinese people have been subjected to racism and xenophobia.” According to this article as well as one from The Globe and Mail, many shops in Japan and Korea have prohibited Chinese people from entering and some Chinese have reported being shunned on the streets. Rather than providing sympathy, people have taken a disdain toward the Chinese because of how the media is portraying the virus.

By constantly adding words like “quarantine” and “outbreak” in the headlines of the virus articles, the media has placed an incredibly negative connotation on the problem regardless of who it hurts. Even students at RM are being impacted by this issue. Sophomore Elizabeth Mai said, “I was in Orange County, California, which has a high Asian population, for the Lunar New Year. When we were coming back, half of the plane had masks on. And there was this one white family who would give my mom this look whenever she coughed. No one said anything but you could see it in their eyes.” Even though the virus does not intentionally target a certain ethnicity, an irrational fear has arisen that anyone who has Asian features could potentially have the disease.

The severity of the coronavirus shouldn’t be downplayed and it doesn’t hurt to take some modest precautions, but don’t fall into the hysteria because it will only worsen it. Widespread panic will do more harm than good and will cause people to focus only on themselves instead of trying to help those who actually need it. Just because the coronavirus is so prevalent in the news does not mean the virus is at your doorstep.