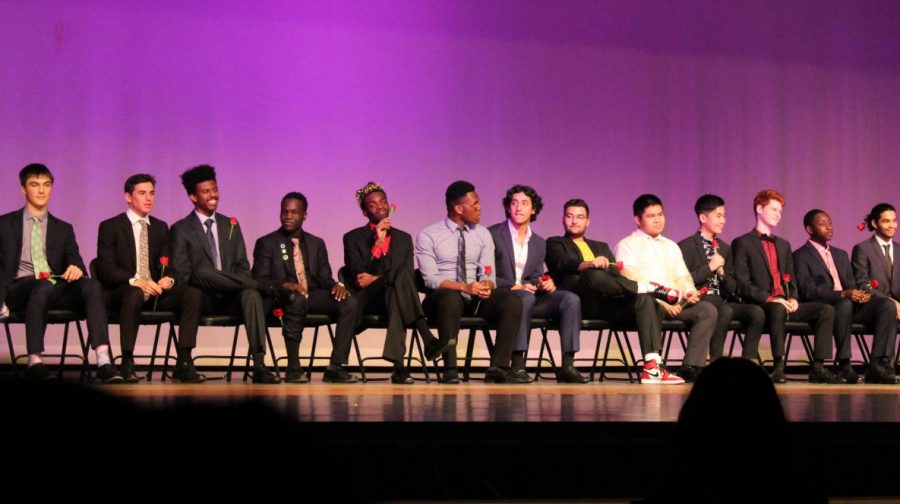 Mr. RM is an annual competition in RMHS that ultimately culminates in a series of contests at the Mr. RM event.

Fans cheer for RM’s most energetic and charismatic boys at the highly anticipated annual Mr. RM competition, where a group of boys showcases their talents.

The show has yet to enter its more hectic stage of production as candidates prepare for the show. Regardless, excitement is in the air, and students like senior Kevin Hrozencik, who is auditioning for the show, are working hard to make sure they ace the part. “This is something I’ve thought of since the beginning of the year. In the car I’ll always play the same song that I’m planning on singing, I’ll always try different ways of doing it or I’ll pitch my pick-up line in the mirror,” Hrozencik said.

The competition is entering its 18th year and even hit a milestone last year by reaching $50,000 in total profits. Its popularity shows across the school, meaning many students do not need much convincing to join. It proves a great way to spend your last year of high school and promises fun for all participants. “After [auditions], we will be working on the opening dances, working on bits, bonding with all the other Mr. RM guys, and really just having fun,” Hrozencik said.

In the weeks leading up to the show, the crew can rely on having plenty of work to do. The tech crew has to function backstage, work with lighting and prepare to record the show. Meanwhile tickets have to be sold and accounted for since profits for the show contribute to charity.

Rehearsals happen twice a week, including the week of the show, as well as lunch practices and personal practices for the cast. As head of special functions, senior Jessica Holloway is especially busy this time of year. She works with the cast to rehearse dances and routines and helps them to nail their pick-up lines and talents. “I love it. The boys have really good energy, and to see the show that gets put on is really nice and everybody loves it,” Holloway said.

SGA advisor Toni Kellinger has a similar enthusiasm about the event. “It does [take a lot of work] but it’s my favorite event of the year so I really don’t mind,” she said.

Mr. RM has been a beloved tradition of the school for the last 17 years, and the crew’s effort and passion makes certain that every year is a great time for everyone. There’s a long way to go before the true event, but until then you can be certain that everyone is making certain that this year’s show will be one to remember, especially for our departing seniors.