Students take on One Acts 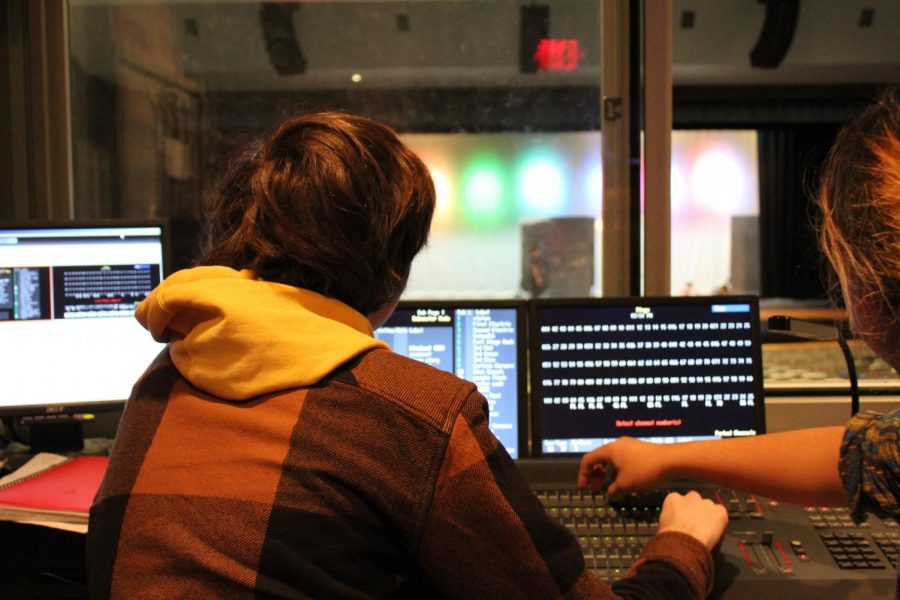 Many of the students involved in the annual Black Masker’s One Acts performance, from the writers and producers to the cast and crew, have been preparing since October in order to put together a spectacular production of four short plays at the end of January.

Planning began for the producers, seniors Lilah Katz and Ciara Culligan, back in October. RM students were invited to submit one-act plays for review by the producers. “Once we chose, everything kicked off with the process for auditions and crew decisions, and we got our fabulous cast and crew,” Katz said.

From there, everyone was actively involved in putting together the show. The first production on stage will be “Check, Please!,” directed by seniors Becca Howlett and Jordyn Gershoni. “It focuses on a guy and girl who go on a bunch of really bad dates. It’s everything you could want in a One Act— it’s fast-paced and funny, and the actors do a wonderful job,” Howlett said.

Next on stage is “No Signal,” written and directed by seniors Tudor Postolache and Adam Winchenbach. “The premise is that it’s the end of the world, and we see three separate stories of how people handle their relationships when faced with that, including an old folk’s home, two dogs in a park, and a rich guy meeting a little kid who’s trying to build a rocket out of trash,” Winchenbach said.

From there, a drama-comedy takes over the stage with “Morally Grey,” written and directed by junior Ali Saffell. “It’s a story about a kid, conflicted with right and wrong, as their conscience comes to life try and set them on the right track,” Saffell said.

The closing performance, “What’s In A Name,” is a pirate musical comedy written and directed by juniors Ethan Hankins and Jeremy Kuznetsov, with an original soundtrack composed by junior Julian Saint Denis and performed live by student musicians. Hankins explained, “There’s three pirates who tell stories to each other, and every story is about a different whimsical pirate legend.”

Rehearsals and the performance are almost entirely student-run, with the exception of the sponsor, Mr. Eric Rodney.  “You have that bond between actors, directors, producers. Everybody is in the same boat,” Wichenbach said.

This can make for challenges sometimes, but the process and end result are always enjoyable. Katz said, “You have to be conscientious of being professional, but also everyone’s having fun.”

The show will be opening for one night only on Friday, Jan. 31, and will act as a fundraiser for the Black Maskers. Vincent said, “We try to do everything we can without using excess money, so we try to use supplies we already have, in order to make it a surplus of funds when we get money from ticket sales.”

Howlett said, “By coming to see One Acts, not only do you get to see friends and classmates put on a great show, you also get to support the backbone of the arts at RM.”