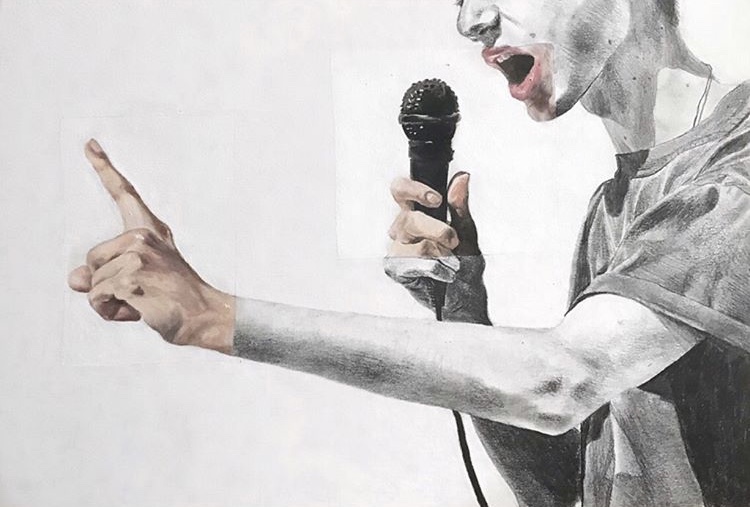 “Artivism” joins activism with art to create a force for change

Montgomery County Students for Change, known more colloquially as Moco For Change, is a student organization that was founded in the wake of the shooting at Marjory Stoneman Douglas High School in 2018. Its activities include various forms of activism, including artivism, a portmanteau word coined by blending art and activism. “The organization originally started as Montgomery County for Gun Control, sparked after the Parkland shooting, but it was changed to be more inclusive of other issues before I joined,” junior Maya Bosse, who is involved with Artivism in Moco For Change, said.

Now, it aims to address the looming issues that the next generation faces as a “collective student force.” “Moco For Change serves to unify young activists in the pursuit of systemic change,” junior Kayla Shomar-Corbett, the Director of Artivism, said. Among the most important mechanisms in activism is art.

“Artivism is art plus activism,” Bosse said. “So, artivism is a way to personally express yourself while also bringing to light important issues. It allows you to creatively open people’s eyes and show them your perspective on political issues.’

Shomar-Corbett says the Artivism Department at Moco For Change hopes to engage young people through art and spread a universal message to people in power. Artivism members can plan any sort of project they like and the Artivism Department provides a community with similar interests and goals. “Without our artists, Moco For Change wouldn’t accurately represent young people in their activist journey,” she said.

“I joined when I made prints of my painting of the March For Our Lives protest and sold them at a fundraiser for Moco For Change,” Bosse said. “There have been artistic protests, like the Kavanaugh protest where people put handprints on bathing suits to make a statement. And political art gallery exhibits just to make people think, as all art should.”

— The future objective is to keep inspiring people and inspiring change.

In the near future, Shomar-Corbett says that there are several more projects that are underway. “We have a few projects coming up, and hopefully one of them will be another gallery showcase in DC,” she said. But beyond these smaller milestones is a larger desire for change.

“The main purpose of Moco For Change is to advocate for things that we believe should be changed to improve the world,” Bosse said. “I think the future objective is to keep inspiring people and inspiring change.”